Seeing dogs with their heads out of car windows as you drive down a road may be a common sight. But certainly not children.

One father in Perak, who allowed his three young children to stick their upper bodies out of the windows of a moving car, was arrested after a video of that incident was posted on InfoRoadBlock's Facebook page on March 24.

His children are aged four, seven and eight.

Their father, insurance agent T. Vengadasalabathi, was charged with three counts of child endangerment at a Sessions Court in Ipoh on Tuesday (May 31), reported The Star.

The 37-year-old was charged under Section 31(1)(A) of the Child Act with exposing a child under a person's care in a manner likely to cause physical or emotional injury.

The one-minute three-second video clip showed three small children, including two girls in school uniform, sticking out from the windows of a moving Mercedes-Benz.

The incident occurred on Jalan Tambun in Ipoh, Perak on March 22 between 6.20pm and 6.45pm, reported the New Straits Times (NST).

In court, deputy public prosecutor Evangelin Simon Silvaraj requested for the bail to be set at RM15,000 (S$4,700) for each charge, and even asked the court for the father to stay away from his children.

"I would also like to request that the court place additional charges on the accused to report to the nearest police station every month," she said, The Star reported. "To ensure his children are not placed in similar danger in the future, the accused should also not be anywhere near them."

The man's lawyer K. Nathan, however, argued that this was a case of negligence in which his client will not repeat again.

He also refuted that it was unnecessary for the children to be separated from their father since no sexual abuse was involved, according to NST.

Read Also
'How do you shoot my baby?' Medic finds out daughter was killed at Texas massacre while attending to her best friend 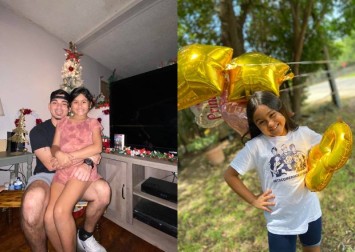 The accused pleaded not guilty when the charges were read to him.

In mitigation, his lawyer pleaded for RM7,500 bail for all charges arguing that his client only earns RM2,000 monthly and needs to look after his wife, children and aged parents.

The accused had 32 traffic offences, Perak police chief Comm Datuk Mior Faridalathrash Wahid said in a report by The Star in March.

The proceeding ended with the judge setting bail at RM9,000 for all three charges and July 1 for mention.