KUALA LUMPUR – Malaysia is dropping a plan for a high-speed rail link between its capital, Kuala Lumpur, and Singapore, and will talk with its southern neighbour about the agreement to build it, Malaysia's prime minister said in an interview published on Monday.

Mahathir Mohamad, the 92-year-old who triumphed over scandal-plagued Najib Razak in a general election this month, has made it a priority to cut the national debt and pledged to review major projects agreed by the previous government.

"We need to do away with some of the unnecessary projects, for example the high-speed rail, which is going to cost us 110 billion ringgit (S$37 billion) and will not earn us a single cent. That will be dropped," Mahathir Mohamad told the Financial Times.

Singapore's government did not immediately have any comment on Mahathir's reported vow to scrap the project. 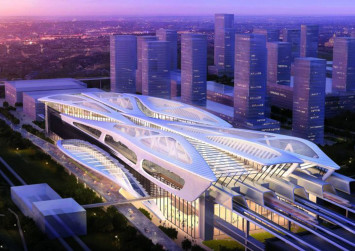 Mahathir had previously said there were high financial penalties for pulling out of the project and Malaysia would try to find out how it could reduce those costs.

"We have an agreement with Singapore," Mahathir said. We have to talk with Singapore about dropping that project." Mahathir has also said his government was haggling with Chinese partners over the terms of a US$14 billion rail deal aimed at connecting the South China Sea at the Thai border in the east with the strategic shipping routes of the Straits of Malacca in the west.

He estimates that Malaysia could cut almost a fifth of its US$250 billion national debt and liabilities by scrapping such big projects.