KUALA LUMPUR - Three Japanese women and a Spanish man have been arrested in a raid on a Malaysian cosplay festival for participating without the proper permits, immigration authorities said Tuesday (July 2).

The role-playing craze - where enthusiasts imitate characters from anime series, comics and video games, many drawn from Japanese pop culture - has been growing in popularity in the Southeast Asian country.

The four foreigners were taking part in the 'Geek Summit' on Sunday hosted by the city of Shah Alam, outside Kuala Lumpur, when immigration officials raided the event following a complaint.

"They came into Malaysia on tourist visas, but they were dressed up and performing without permission," senior immigration official Mohamad Shukri Nawi told AFP.

Foreigners wanting to take part in arts performances in Malaysia need permission from a government agency. 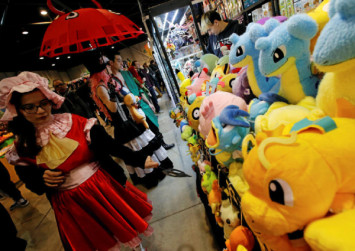 Authorities did not know which characters the performers were dressed up as when they were detained.

The four, aged between 28 and 41, are being held by immigration authorities.

If charged with breaking immigration laws, they face being fined and deported, Mr Mohamad Shukri said.

It is not the first time a cosplay event has fallen foul of the authorities in the conservative, Muslim-majority country.

In March, foreign participants from Japan, Singapore, Thailand and Hong Kong were arrested at a Kuala Lumpur cosplay festival for failing to have the correct work permits.