KUALA LUMPUR - Malaysia is asking for six more months from Singapore to deliberate on the Rapid Transit System (RTS) that will link Johor Baru to Singapore.

Transport Minister Anthony Loke said Malaysia needs until September, to study how it could reduce the cost of the RTS and how the link would be utilised, Malaysian media reported on Monday (April 1).

Singapore's Acting Transport Minister Vivian Balakrishnan had told Parliament early last month (March) that Malaysia had asked for another extension of the deadline to March 31.

He said then that RTS link service is no longer on track to start operations by Dec 31, 2024.

The other cross-border rail line, the high-speed rail project to link Kuala Lumpur to Jurong West, has also been limbo since the change in the Malaysian government in the May general election. 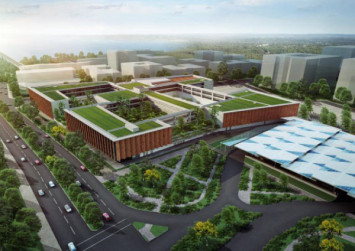 Mr Loke told reporters in the lobby of the Malaysian parliament: "We are asking for more time from Singapore for us to study other options.

"We are asking for a six-month extension."

Speaking about the RTS, Dr Balakrishnan on March 7 said both governments are at the stage where they are obliged to jointly call an open tender to appoint the RTS Link Operating Company, or OpCo.

"In the spirit of bilateral co-operation, Singapore has been willing to engage Malaysia on its proposals for Malaysia's joint venture (JV) partner for the RTS Link OpCo," he said.

The link was originally supposed to have been built by last year.