Malaysia considers total vaping ban after reports of US deaths

A man uses a vape device in this illustration picture, September 19, 2019.

KUALA LUMPUR - Malaysia is considering banning the sale of electronic cigarettes, its health minister said on Monday, citing growing reports of deaths in the United States linked to e-cigarettes and vaping.

As of Friday, US authorities had reported 29 deaths and 1,299 cases of respiratory illnesses linked to the use of e-cigarettes and vaporizers, amid calls for stricter regulation.

Malaysia was already finalizing a law that would ban the use of all smoking products, including electronic cigarettes and vaporizers, among minors and prohibit their promotion and advertising.

But it is now considering a complete ban on the new devices, Health Minister Dzulkefly Ahmad told parliament.

"A detailed study is required to review the need for enforcing a total ban on the sale of electronic cigarettes and vapes," he said, adding that the ministry had set up a committee to look into the matter. 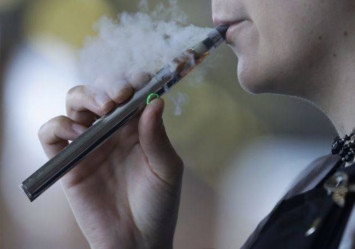 Tobacco products in Malaysia are currently regulated under the Food Act while the sale of vaporizer liquids containing nicotine has been banned since 2015.

However, there are no specific regulations governing the sale and use of non-nicotine vaporizers and e-cigarettes.

The world's vaping industry, which has seen rapid growth, has faced rising public backlash over concerns of increased use among young people.

India, which has the second-largest population of adult smokers in the world, banned the sale of e-cigarettes last month as it warned of a vaping "epidemic" among youths.