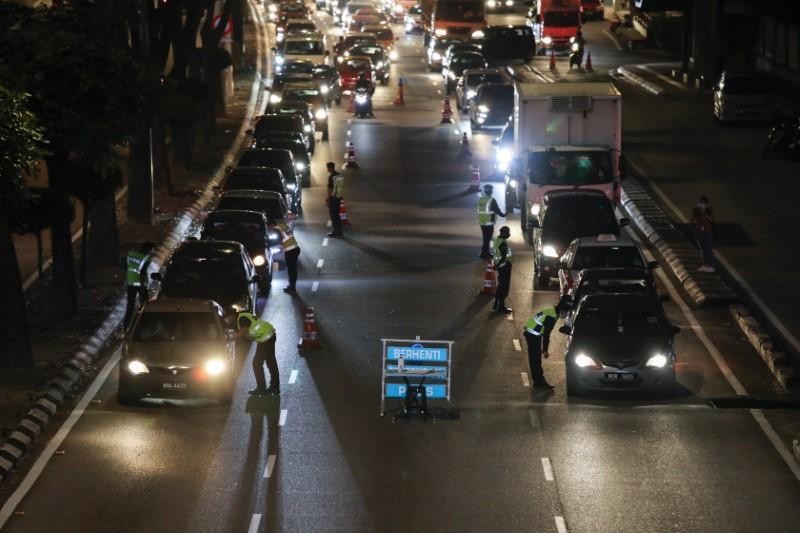 KUALA LUMPUR - Malaysia will deploy the army from Sunday to help enforce travel and movement curbs aimed at reining in the spread of a coronavirus, the government said, as it grapples with the highest number of infections in Southeast Asia.

Since Wednesday, Malaysia has closed its borders, schools and non-essential businesses, and urged people to stay at home, warning of a "tsunami" of cases if the curbs were not followed.

But people continued to go to restaurants and parks, despite the curbs, Defence Minister Ismail Sabri Yaakob said on Friday.

"The army will begin mobilising on Sunday," he told a news briefing. "We are confident with the army's assistance, we would be better able to enforce this order."

Legal action, such as arrests, could be taken if the curbs continued to be defied, he said.

Malaysia has 900 infections, with nearly two-thirds linked to an Islamic gathering last month near Kuala Lumpur, the capital, that attracted 16,000 participants. Authorities are scrambling to track all who attended.

Muslim-majority Malaysia has also cancelled Friday prayers at mosques and urged people to pray at home.

Its cases account for nearly 40 per cent of those across Southeast Asia, but the number has been rising fast elsewhere, with 50 infections reported in Thailand on Friday taking the regional total to nearly 2,300.

More than 670 infections in Southeast Asia have been linked to the Islamic gathering in Malaysia.

Vietnam expanded a visa ban on Friday as its tally rose to 85.

In Indonesia, President Joko Widodo called on Thursday for testing to be stepped up immediately, as the death toll rose to 25, the region's highest.

Indonesia has faced criticism from medical workers for a slow start to testing in an archipelago that sprawls wider than the continental United States.