Shihan Mohd Salim, 28, who owns Anak Mami The Restaurant 3 in Kota Kinabalu, capital of Malaysia's Borneo state of Sabah, was charged under the Price Control and Anti-Profiteering Act 2011 for failing to provide full pricing details and receipts for beverages between January 2015 and March 2016, the New Straits Times reported on Friday (Sept 7).

Shihan was also accused of failing to show itemised charges for the milo powder, milk and ice besides the drink's price tag during seven working days starting on May 9, 2016, the report said.

The charges were brought against Shihan by the Domestic Trade and Consumer Affairs Ministry after it received a complaint about the "expensive" drink from a consumer on March 7, 2016, the ministry's state deputy director V. Ravichandran was cited as saying at a press conference. 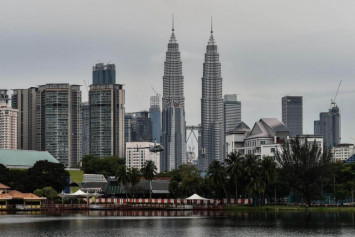 He said the ministry hoped businessmen would see the case as a cautionary tale against price gouging.

"I also would like to advise consumers to report to our ministry if there are similar cases in future," he said.

Shihan was represented by PJ Pereira during the Sessions Court proceedings which began on Oct 24, 2016. It is not clear from the NST report when Shihan was found guilty and sentenced.

Rising costs of living have been a bane in Malaysia after then Prime Minister Najib Razak introduced a 6 per cent goods and services tax (GST) in 2015.

The issue is deemed to have been a factor in Najib's shock loss in the May 9 election. The new government under Prime Minister Mahathir Mohamad has repealed the GST and reintroduced the sales and services tax (SST) of between 5 and 10 per cent on selected goods, and 6 per cent on selected services.