Malaysia lifts ban on export of kampung and black chickens

Malaysia has partially lifted the chicken export ban to allow exports of kampung and black chicken.

Malaysia has partially lifted its ban on chicken exports, with at least one major poultry producer in Singapore getting live kampung chickens from across the Causeway.

According to importer Kee Song Food, the Malaysian authorities allowed the company to resume importing live kampung chickens on Tuesday (June 14). It will also start bringing in black chicken from Malaysia from Saturday.

Kee Song head of business development James Sim provided The Straits Times with a letter from the Department of Veterinary Services of Malaysia which stated that the Malaysian government has agreed to allow exports of live kampung and black chicken, following a Cabinet decision made on June 8.

The letter also stated that the export ban on commercial broiler chicken — larger chickens that make up the bulk of what Singapore typically imports from Malaysia — remains.

A top Malaysian government official, who declined to be named, confirmed with ST that the export ban has been partially lifted to allow exports of kampung and black chicken.

Malaysia had banned chicken exports on June 1, to stabilise production and prices within the country. Singapore, which imports about a third (34 per cent) of its chicken supply from Malaysia, saw a sharp drop in its supply of fresh chicken in the first two weeks of this month.

Most of the chicken Singapore gets from Malaysia is imported live and slaughtered in abattoirs here. Singapore also imports chicken from countries such as Brazil and the US, but a majority of this is usually frozen. 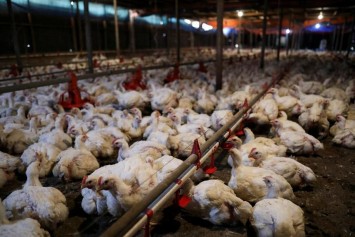 Mr Sim said: "We are bringing in as much kampung chicken as we can, though it is subjected to what is available from the farms. Kampung chicken is a different breed from the broiler chicken. They are slimmer and tougher."

Though the company is still unable to import broiler chicken from Malaysia, Mr Sim said the partial lifting of the ban is a good start.

He said: "It shows that there is some improvement on the Malaysia side and I believe there will be better days ahead."