This is largely a problem of its own making. China has steadily restricted imports of a material officially designated as "waste" during its broader war on pollution.

Beijing had intended to ban all copper scrap imports at the end of this year in the same way it has already locked out other forms of "foreign garbage" such as used plastic.

The government has since relented under pressure from its own copper sector, which was panicking about the loss of a major component of China's copper supply chain. Imports of higher-grade copper scrap have been reclassified from "waste" to "resource".

Other things being equal, China's copper scrap imports would be expected to recover from their depressed levels to fill any gap.

However, COVID-19 has upended that assumption.

The coronavirus has restricted the collection and processing of scrap around the world, including in China. Lockdowns have idled manufacturing activity, halting the generation of "new" scrap. The copper price has slumped, reducing the value of "old" scrap.

China's newly-defined copper "resource" is one that is currently in short supply.

China's import volumes of copper scrap shrank to 1.5 million tonnes last year from 2.4 million in 2018 and 3.6 million in 2017, the year before Beijing launched its "war on waste".

Imports fell further to just 210,000 tonnes in the first quarter of this year.

Restrictions and bans on lower-quality material mean that what is now entering China is typically very high-purity scrap.

The average implied copper content of last year's imports, derived from a comparison of volumes and dollar values, surged to 78 per cent from just over 40 per cent in the years prior to 2018.

The purity benefit, however, doesn't offset the scale of lost tonnage. China's copper scrap gap last year looks to have been a couple of hundred thousand tonnes of contained metal. The pitfalls of the law of averaging make it difficult to quantify with precision.

But the gap was evidently wide enough for Chinese processors successfully to lobby Beijing to exclude high-grade "resource" from the looming ban. 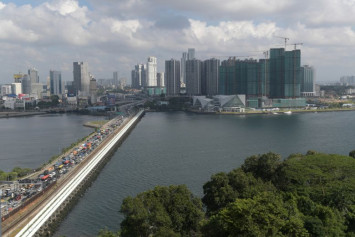 China is the world's largest refiner of copper from scrap material. Such secondary production has been running in excess of 1.5 million tonnes per year for the last decade.

Imports have fed this industry. Although China's own scrap generation is rising, the intense pressure on Beijing to part-reverse its policy tells you that industry players felt domestic supply increases wouldn't be enough to compensate for the total loss of imports.

The semantic battle may have been won but now the coronavirus is restricting both domestic and overseas scrap supply further.

Multiple mine curtailments due to quarantine have simultaneously disrupted flows of copper concentrate to Chinese smelters, representing a raw materials double-whammy for the country's producers.

It's noticeable that among the measures announced by the government of Jiangxi province to support its local copper industry is a pledge to "revitalise" scrap import quotas and transfer any quotas held by traders to actual copper processors.

Beijing has also just suspended for one year a punitive 25 per cent import tax on US copper scrap as part of the Phase I trade deal.

That tax pretty much killed off scrap flows from what has historically been China's largest supplier.

But it's a moot point whether Beijing's latest change of scrap policy can revitalise trade between the world's two biggest economies.

China's imports of US copper scrap imploded to 89,000 tonnes last year from 352,000 tonnes in 2018, according to the country's customs department.

What was shipped was extremely high-purity material with an average implied copper content of almost 90 per cent.

However, little of it stayed long in China. Every major US shipment arriving in the third quarter last year passed customs under a "processing with imported material" code, implying it made no lasting impression on China's domestic scrap market.

What the United States used to ship to China it now sends to Malaysia, the hub of a new off-shore industry converting lower-grade scrap to Chinese import specifications. 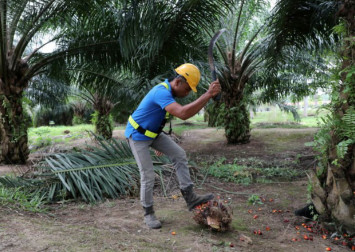 US exports to Malaysia mushroomed from 120,000 tonnes in 2018 to 221,000 tonnes last year, according to International Trade Centre figures. In 2015, the export flow to Malaysia totalled just 613 tonnes.

This is a redirection of lower-grade material once destined for China or its back door in Hong Kong. Last year's shipments from the United States to Malaysia had an average content of 31 per cent, lower than any other top-10 export destination.

Malaysian processors dismantle and clean this material before purifying it into a form of copper that meets Beijing's new "resource" thresholds.

Malaysia has emerged as the largest supplier of copper scrap to China, accounting for 18 per cent of total imports last year. The calculated content of the material averaged a high 89 per cent.

It is, however, simply US supply in disguise. The world's biggest exporter is still shipping to China but, thanks to Chinese scrap and trade policy, now via Malaysia.

The global supply chain has changed and probably permanently, mitigating the impact of Beijing's duty waiver.

Scrap is often the hidden balancer of the copper market. During periods of oversupply and low pricing, scrap availability reduces, increasing demand for primary copper. 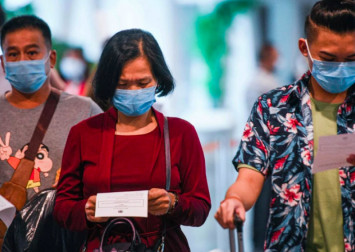 Just as China has reopened its doors to copper scrap imports, even those from the United States, it's likely to find there's not much there.

The scrap gap is going to take a while to plug.

Those Chinese smelters that can will go after more copper concentrates.

That's not easy right now. The availability of concentrates was already tightening before COVID-19 as new Chinese smelters fought with incumbents for raw material. The virus has thrown supply disruption, particularly in key exporting countries such as Peru, into the mix.

This means the scrap gap will translate into stronger demand for refined metal to compensate for any loss of domestic "secondary" production and for a shift in input mix by fabricators that use both scrap and metal to manufacture products.

As ever with scrap, the balancing effect will be hard to see or quantify, but Beijing's recent changes of policy leave no doubt China feels it needs to start plugging the gap.