Former Malaysian Deputy Prime Minister Ismail Sabri Yaakob waves to members of the media before departing for a meeting with the King, in Kuala Lumpur, Malaysia, on Aug 19, 2021.

KUALA LUMPUR - Malaysian Prime Minister Ismail Sabri Yaakob has downplayed calls for an early election, citing a rise in food prices and other living costs, Nikkei reported on Tuesday (May 31).

An election is not due until 2023 but Datuk Seri Ismail has been facing pressure from some in his party, Umno, to call an early vote to capitalise on Umno's resurgent popularity in recent local polls.

The premier told Nikkei in an interview he will wait for "the right time" to call an election, given inflationary pressures partly stemming from the Ukraine conflict.

"We are now facing a period of increasing inflation with high prices... do you think this is the right time?" Mr Ismail was quoted by Nikkei as saying.

Malaysia's central bank expects headline inflation to average between 2.2 per cent and 3.2 per cent this year, with food costs up 4.1 per cent in April.

The government has introduced price control measures, but the cost of subsidies has weighed on its coffers.

Read Also
Singapore inflation rate 2022: What is it and why does it matter? 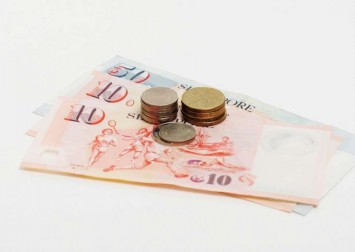 Mr Ismail told Nikkei the government was keen on re-introducing a Goods and Services Tax (GST).

An Umno government introduced the GST in 2015, but it was scrapped three years later by Tun Dr Mahathir Mohamad's administration, after voters blamed the 6 per cent consumption tax for rising costs.

Mr Ismail said the government was aware of the GST's unpopularity, but had limited options, noting it had lost RM20 billion (S$6.26 billion) in annual revenue after the tax was abolished.

The government would target a GST rate that did not burden the people, but was not so low that it "defeats the purpose of expanding tax revenue", he told Nikkei.

Malaysia is expected to spend RM28 billion on fuel subsidies alone in 2022, more than double the RM11 billion spent last year, in addition to subsidies for cooking oil, sugar and flour.