Malaysia's 1.6 million civil servants, most of them ethnic Malays, have traditionally been supporters of the ruling Barisan Nasional coalition. However, the rising cost of living has been a concern for many, with some ruling party officials warning that they could turn against the party if the issue is not addressed.

Scandal-plagued Najib needs to consolidate support for his coalition to stave off an unprecedented challenge from his former mentor turned opposition leader, Dr Mahathir Mohamad.

"The government has agreed to increase the salaries amounting to one service year for all 1.6 million civil servants... with an additional RM1.46 billion from July 1," Mr Najib told a gathering of civil servants in the administrative capital, Putrajaya. 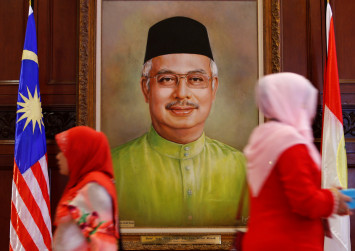 Mr Najib promised a one-time cash payment of RM1,500 in October for civil servants and RM750 for government retirees as part of the government's 2018 budget.

Civil servants saw a salary hike of 7 per cent to 13 per cent in 2012, ahead of elections the following year.

Mr Najib faces a tough contest in the upcoming polls - which could be called in days - amid a multibillion-dollar scandal at state fund 1Malaysia Development Berhad. Mr Najib and the fund have denied any wrongdoing.