New Malaysian Prime Minister Ismail Sabri Yaakob waves from a car, as he leaves after the inauguration ceremony, in Kuala Lumpur, Malaysia, on Aug 21, 2021.

KUALA LUMPUR - The coalition of Malaysian Prime Minister Ismail Sabri Yaakob on Saturday (Nov 20) scored a crucial win in a state election seen as a test for the country's fractured political parties as they gear up for national polls that could be called by next year.

The election in Malacca, on the country's southwestern coast, is the first held since Ismail Sabri took office in August, returning his party, the United Malays National Organisation (UMNO), to power after it was voted out three years earlier amid widespread corruption allegations.

The 12-day campaign saw UMNO contesting as part of its traditional Barisan Nasional coalition against another consisting of its chief allies: Islamist party PAS and Bersatu, led by Ismail Sabri's predecessor Muhyiddin Yassin, whose administration had collapsed due to infighting.

The parties work together in the federal government but - in a harbinger for future elections - failed to agree on an alliance in Malacca, resulting in multi-cornered contests in all 28 state constituencies.

On Saturday, Barisan Nasional secured 21 constituencies to just two by PAS and Bersatu's alliance, an emphatic win likely to strengthen its and UMNO's position ahead of the next general election. 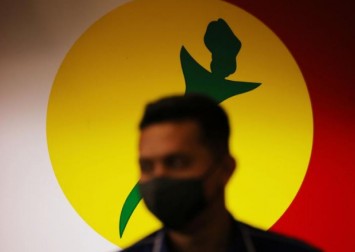 The outcome could also widen rifts between UMNO, PAS and Bersatu. All three are ethnic-based parties that compete for the votes of the country's Malay Muslim majority.

Malays make up more than two-thirds of the population, followed by ethnic Chinese, Indians and other minority groups.

National polls are not due until 2023 but analysts have said they could be called as early as the middle of next year, when a cooperation pact signed between the government and the opposition expires.

The pact, aimed at maintaining political stability while the country recovers from the Covid-19 crisis, includes a promise by Ismail Sabri not to dissolve parliament before the end of July 2022.