The cumulative tally of infections in the country stands at 8,884.

KUALA LUMPUR - The Malaysian government will reimpose its lockdown should the number of new Covid-19 cases climbs to more than 100 a day, the minister in charge of managing the coronavirus outbreak said on Sunday (July 26).

The South-east Asian country is now into what it calls the recovery movement control order (MCO), with most businesses allowed to operate if they follow health measures such as recording the temperatures of those entering malls, offices and shops, and recording the visits with contact tracing apps.

But daily new cases have been spiking again in the past week.

"If it reaches three digits, we have no choice but to reintroduce the MCO and we will see," Senior Minister (Security) Ismail Sabri Yaakob told reporters in the Kelantan capital, as quoted by Bernama news agency.

The Health Ministry had proudly announced just over three weeks ago, on July 1, that the country had recorded zero cases of local transmissions for the first time since March, and had only one new case that was imported.

"I understand that if the MCO is enforced again, it will make things difficult for all parties, including those of us who want to work and so on but this measure must be taken," he said, as quoted by the national news agency.

According to compiled data on Malaysiakini, Malaysia last reported more than 100 cases a day on June 4, when 277 cases were reported.

The cumulative tally of infections in the country stands at 8,884. There were no new fatalities, with the death toll remaining at 123. 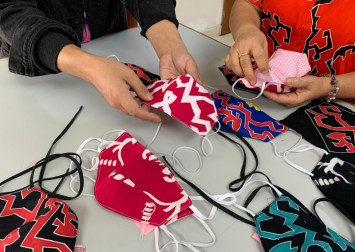 Datuk Seri Ismail said one main reason for the resurgence of cases is the public's complacency.

"This is because the public has forgotten what needs to be done when we eased the standard operating procedures and the number of cases begins to rise again," he said, as quoted by Bernama.

Malaysia implemented the MCO on March 18, locking down much of the country for more than three months as it tried to reduce the number of new daily cases, especially after a super-spreader event involving a mass gathering by the Tabligh missionary group at a mosque in Kuala Lumpur.

Some businesses were allowed to reopen from May 4 under what it called conditional MCO, as new cases began to taper down.

From June 10, under the recovery MCO, almost all social, educational, religious, business, economic sectors were allowed to resume operations in stages.

Travel between Malaysia's 13 states was also allowed to resume.

In a move to enforce recovery MCO measures, the authorities have arrested 617 people for various violations, Mr Ismail said.

Twenty were remanded by police for investigations and 597 issued with fines.

Among violations that led to their arrests were conducting pub and nightclub operations that remain prohibited, as well as the failure to observe social distancing rules.