Financier Low has been described as a central player in the alleged corruption and money laundering at 1MDB, according to Malaysian and US authorities investigating the fund. He had no official role in 1MDB, but advised on investments and negotiated deals for the fund, the authorities have said.

Mr Najib, ousted in a May 9 election by Prime Minister Mahathir Mohamad, is facing multiple charges of graft, abuse of power and criminal breach of trust related to 1MDB. He has pleaded not guilty to all the charges and has consistently denied wrongdoing.

In a statement dated Saturday, Malaysia's auditor-general Madinah Mohamad said "several" findings from the audit report submitted in Feb 2016 to Mr Najib were "dropped and amended." 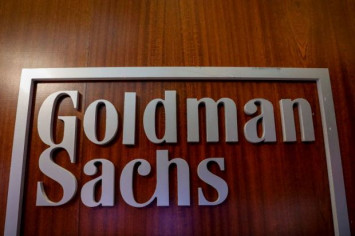 The audit report before the amendments has been submitted to the Malaysian Anti-Corruption Commission and the police for further investigation, Ms Madinah said.

"The former prime minister ordered the deletion of the paragraph containing two versions of the 1MDB financial statement for the year ended 2014 and directed an investigation to be carried out by the enforcement authorities," she said in a statement.

Mr Najib's private secretary also "directed the former auditor general to drop the paragraph on the presence of Low Taek Jho in one of the 1MDB Board meetings on the ground that it is sensitive and to avoid the fact being twisted around by the opposition."

A spokesman for Mr Najib did not immediately respond to a request for comment.

In an interview with Reuters in June, Mr Najib said he should not be blamed for the scandal at 1MDB and that he knew nothing about money from the state fund appearing in his personal account.

Mr Low, who is at large, has previously maintained his innocence.

Malaysia, under the premiership of Mr Najib, had classified the audit report in 2016 under the Officials Secrets Act when the fund's financial troubles were being investigated. The Mahathir government in May declassified the report that showed senior officials at 1MDB withheld information from its board.