Transport Minister Anthony Loke said that Malaysia also informed Singapore on Nov 29 that it will take back the delegated airspace in stages, starting next year.

KUALA LUMPUR - Malaysia has said that it wants to take back airspace over south Johor that it has delegated to Singapore after protesting new flight paths proposed over Seletar Airport.

Transport Minister Anthony Loke told Parliament on Tuesday that despite informing Singapore on Nov 28 and 29 that Kuala Lumpur did not agree to the new flight paths because "it will stunt development" around the Pasir Gudang industrial district, the Republic published them anyway on Dec 1, to be effective in January.

He said the new flight paths will impose height restrictions on buildings in the area, and port activities will also be affected.

"This contradicts the principle of national sovereignty provided for under the Convention on International Civil Aviation. The Foreign Ministry will issue a protest note to Singapore immediately concerning this breach of sovereignty," he said. 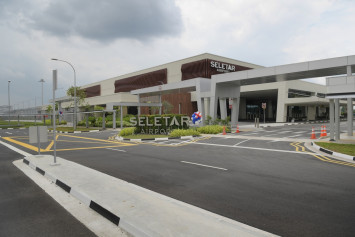 Mr Loke said that Malaysia also informed Singapore on Nov 29 that it wants to take back the delegated airspace in stages, starting next year.

"It is not our stance to take a confrontational approach with any party, much less our neighbours. But this involves our sovereignty, which the Malaysian government will defend in the strongest terms. This involves our airspace, which we will defend, and the interest of Johoreans," he added.

However, such a move would have to be discussed by both countries and be approved by the International Civil Aviation Organisation.

Singapore has been managing the airspace since 1974, and the new flight paths are needed to upgrade Seletar Airport.