Malaysia to train bumiputera to be more competitive rather than spoon-feed them: Mahathir 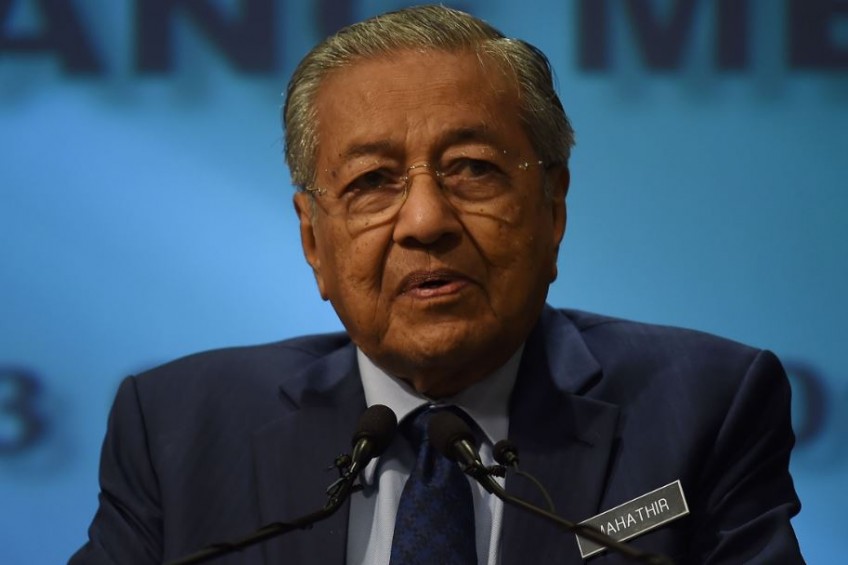 Gone are the days of the government "spoon-feeding" the sons of the soil to ensure that they become more competitive and likely to succeed on their own, said Malaysia's Prime Minister Mahathir Mohamad.

Tun Dr Mahathir, in his keynote speech at a congress to discuss the agenda of the bumiputera on Saturday (Sept 1), said it was time to change the practice and start "training" the bumiputeras to work harder to change their future.

"Cash aids like BR1M will only weaken us, we shouldn't wait for help to arrive. Rather, we should put in our own effort to overcome our weakness and change things," he said.

"We can pray, we can perform prayers, but if there's no effort, our skills can deteriorate. If we don't walk, our muscles will get weaker with time. It's the same as our brain, if we don't use it, it'll get weak too," he added.

The 1Malaysia People's Aid programme - known by its Malay acronym BR1M - was first implemented in 2012, when nearly 4.1 million recipients received RM500 each.

The Malaysian government on July 25 said that it would review the decades-old affirmative action New Economic Policy (NEP) to align economic policies with needs and not race.

Economic Minister Datuk Seri Azmin Ali was quoted by local news site The Star Online as saying: "We should... see how best our economic policies can benefit all Malaysians."

Malaysia introduced the NEP in 1971 after deadly racial riots in 1969, fuelled by anger over the economic gap between Malays and Chinese.

The average household income of Malays has grown the fastest among the nation's major ethnic groups since the NEP was introduced, but it still remains the lowest in absolute numbers.

Dr Mahathir said he had visited many construction sites and noticed that not many bumiputera, especially Malays, were seen working there as engineers or hard labourers.

This, he said, raises the question of whether the bumiputera are willing to do the "dirty" job.

"It's either you want to do it or not. I'm really sad that when I visited these construction sites, like the Twin Towers, I don't see even one Malay working there," he said.

"The question remains, you can't or you don't want? Opportunities (to change own life) are aplenty, but at the end of the day, you can bring a horse to water, but you can't make it drink.

"Although there is a possibility of the government being ousted for this, it's okay, because we're not here to sabotage the lives of our own race," he added.