Five years ago on Wednesday, Malaysia Airlines flight MH17 was blasted out of the sky over war-torn eastern Ukraine with the loss of all 298 people on board.

The shooting down of the Boeing 777 travelling from Amsterdam to Kuala Lumpur has prompted sanctions against Russia, a series of international investigations and criminal charges.

About three hours after take-off on July 17 2014, from Schiphol airport, MH17 disappeared off the radar screens as it passed over part of eastern Ukraine held by pro-Russian rebels, where there had been conflict for months. 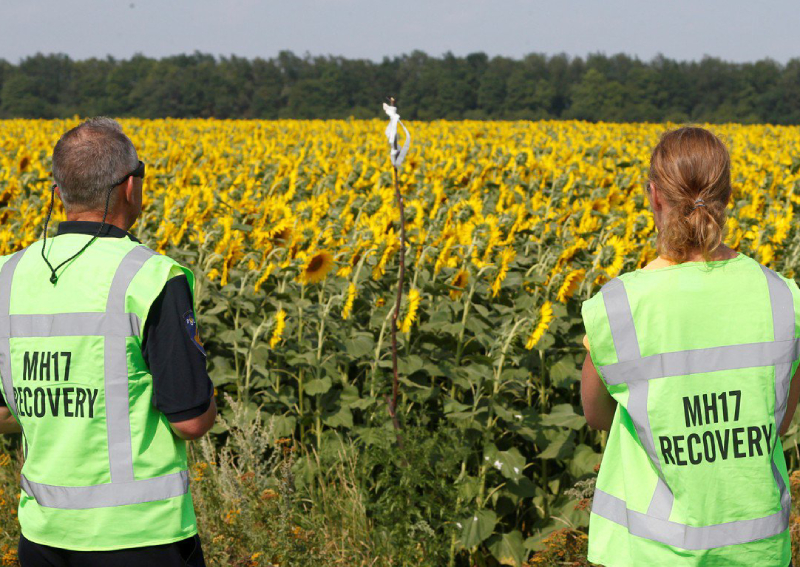 Forensic experts carry out recovery work at the site of the downed airliner. PHOTO: Reuters

Wreckage rained down on fields near the village of Grabove, leaving the bodies of men, women and children - some still strapped into their seats - strewn across local sunflower fields.

The tragedy was the second in the space of a few months for Malaysia Airlines after the disappearance of flight MH370.

HOW DID THE WORLD REACT?

The shooting down of MH17 sparked international outrage.

Moscow immediately disputed their claims and offered an array of competing theories, including that the Boeing was shot down by a Ukrainian fighter jet or a Ukrainian BUK. 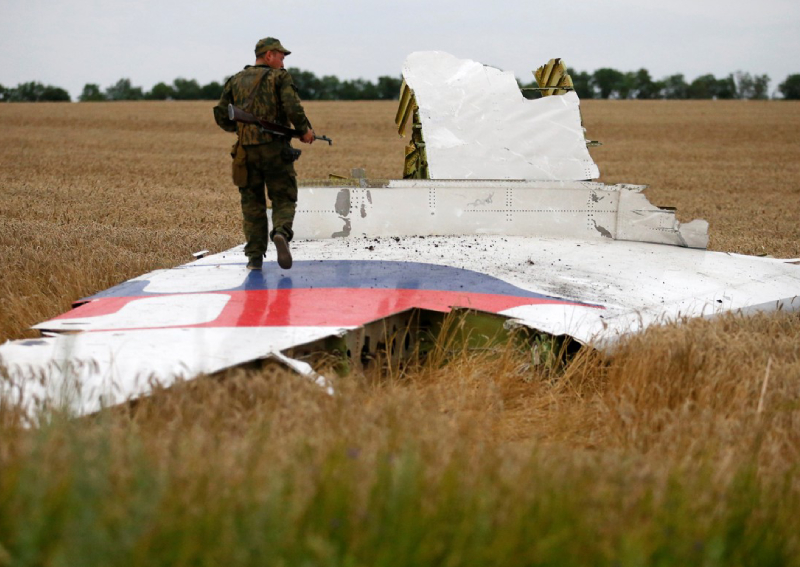 An armed pro-Russian separatist stands on part of the wreckage of the plane. PHOTO: Reuters

The European Union extended the sanctions last month, urging Russia to co-operate with the investigation.

WHAT HAVE THE INVESTIGATIONS FOUND?

Dutch-led investigations into the disaster over the past five years have meticulously narrowed down the cause of the disaster, and the culprits.

The Dutch Safety Board said in September 2014 MH17 broke apart after being hit by numerous "high-speed objects".

In August 2015 it said it had identified large fragments "probably" from a BUK surface-air-missile system, which is possessed by both Moscow and Kiev. 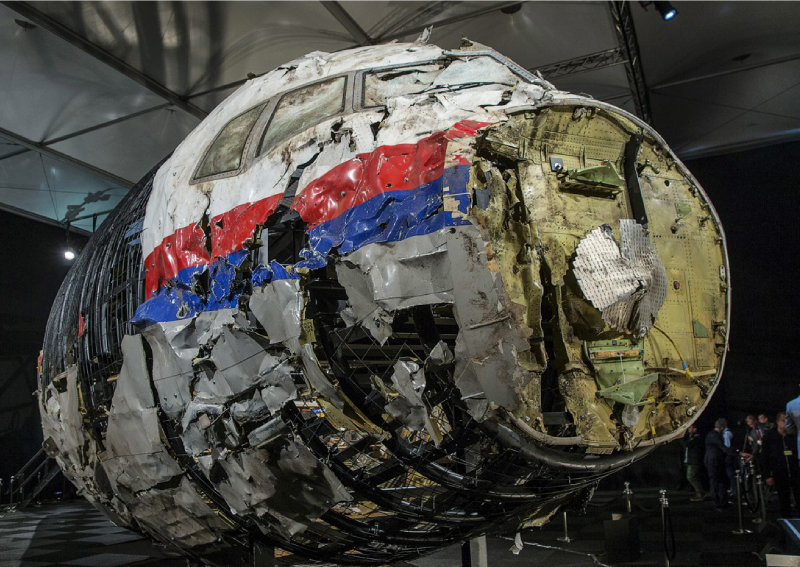 In October of the same year, it concluded that the plane was shot down by a missile fired from eastern Ukraine which exploded "outside the aeroplane against the left-hand side of the cockpit".

A criminal Joint Investigation Team (JIT) of five countries led by the Dutch then took over the probe, and in September 2016 they said they had "irrefutable evidence" that a BUK missile was used and came from the "territory of the Russian Federation".

In May 2018 investigators said for the first time that the missile originated from the 53rd Russian military brigade based in Kursk in western Russia.

The Netherlands and Australia then said that they held Russia responsible for the shooting down of MH17. 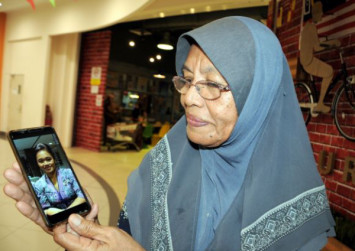 WHO HAS BEEN CHARGED?

The JIT on June 19 charged four people - Russians Igor Girkin, Sergei Dubinskiy and Oleg Pulatov, and Ukrainian Leonid Kharchenko - with murder. All are linked to the separatist rebels in eastern Ukraine.

They will be tried from March 9 next year in the Netherlands at a high-security courthouse near Schiphol Airport.

However, it is unlikely that any of the men will be present at the trial as neither Russia nor Ukraine allows its citizens to be extradited.

The JIT has said it will investigate other suspects, particularly those in the "chain of command" of the BUK, and the four-member crew that operated the missile that downed MH17.

Separately, hundreds of relatives have asked the European Court of Human Rights based in Strasbourg to recognised Russia's responsibility for the crash. Russia has until late summer to respond.