He was play-fighting with his uncle at home one night. The next day, the boy was found dead.

The six-year-old from Kedah, Malaysia is believed to have died from internal injuries sustained from a bout of fist-fighting, the police said.

They rushed him to Baling Hospital but it was already too late.

The child, who had several bruises on his head and body, had died about four hours before he was found, doctors said.

His body was later sent for a post-mortem at Alor Setar Sultanah Bahiyah Hospital.

When family members noticed the pair play-fighting, they stopped the fight and reprimanded them, the police were told.

But it appears that the boy's 16-year-old uncle, who has Down Syndrome, did not hold his punches while playing.

The child was believed to have suffered injuries from the incident, the police said.

Hours after the boy's death, the police detained the teen to assist with investigations into a possible case of murder. 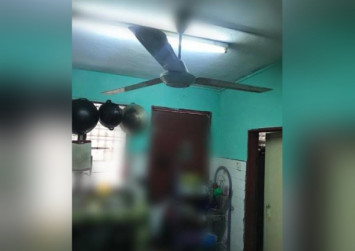 This incident is the latest in a string of accidents in Malaysia where children were killed.

Just last month, a two-year-old girl died of head injuries after she was struck by a ceiling fan.

A relative had tossed her into the air while playing with the child.

The 25-year-old man was remanded for investigations into a possible case of child abuse.

#death #Children and Youth #In Case You Missed It