Just like Sleeping Beauty awakening from her long slumber to find her Prince Charming, one Malaysian girl allegedly found hers after waking up from her sleep during a screening of Aladdin.

But far from a romantic account, her story is decidedly more unsettling.

On a Facebook confessions page, the anonymous user (who clarified that she was female) wrote on Sunday (June 2): "There was a very handsome young man sitting next to me when I was watching Aladdin earlier.

"I fell asleep during the magic carpet ride scene and woke up 20 minutes later to discover that he was holding my hand!

"I tried pulling my hand away but he was holding on very tightly. He only released it at the end of the movie when he walked out of the cinema."

The user also provided a rather specific description of her mystery man - claiming he was 180cm tall and wore a pair of Levi's jeans and Vans shoes.

She also said that he looked very good from the back.

She added: "Why didn't you leave me your contact?"

But even if it turned out to be true, it doesn't detract from the fact that the act was creepy, inappropriate and most importantly, done without consent. 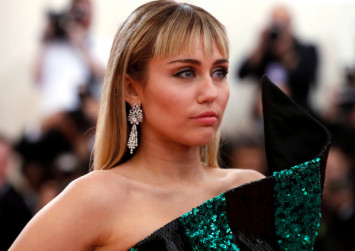 Yet, if the user felt unsafe or uncomfortable, she didn't indicate it in her post as she seemed to be swooning over his good looks.

That detail was not lost on user Wei Shen who questioned: "If he wasn't handsome, you would have made a police report right?"

Other users, though, blissfully glossed over this kernel of truth.

In fact, they had a more lighthearted perspective on the matter and pointed out that perhaps the man had mistaken the user for his girlfriend under the cover of darkness in the cinema.

But another wrote: "You must have been dreaming."

And as with all fairy tales, this one had a 'happy ending' (depending on your perspective).

Around 12 hours later, the user surfaced with another post claiming to have found her mystery man - who happened to be one of those who 'liked' her initial Facebook post.

She wrote: "He invited me out for a meal and we decided to be friends first.

"I would also like to thank my friend who cancelled on me so I had the opportunity to meet this guy!"

Well, whether this is 'happily ever after' for the heroine remains to be seen and only time will tell.

That said, while everyone loves a real life fairy tale, it would be remiss of us to ignore the fact that such actions should not be encouraged or romanticised.

In other words, don't go holding a stranger's hand (men or women) without their permission; and especially not when they're sleeping.

#viral #Social media #In Case You Missed It