Photos that were said to be of the couple's wedding went viral on social media, with reports naming Sultan Muhammad's love interest as Ms Oksana Voevodina, winner of the Miss Moscow 2015 title.

Malaysian King, Sultan Muhammad V, abdicated on Sunday (Jan 6) after just two years on the throne, marking a historic first for the Muslim-majority country since it gained independence from Britain in 1957.

The 49-year-old ruler's resignation comes after weeks of speculation on social media and in newspaper reports saying that he had married a Russian former beauty queen.

Sultan Muhammad V, who is from Kelantan, had taken a two-month break "following treatment" beginning Nov 2.

During that period, photos that were said to be of the couple's wedding began making rounds online, with reports naming Sultan Muhammad's love interest as 25-year-old Oksana Voevodina, the winner of the Miss Moscow 2015 title.

Here are five things you need know about Ms Voevodina and her rumoured relationship with Sultan Muhammad.

Ms Voevodina, who is from the southern Russian city of Rostov-on-Don, described her young self as a "bandit" who liked skates and bikes, and boys who took part in these competitions, reported British tabloid Daily Mail.

Read Also
What does the king's dramatic abdication mean for Malaysia? 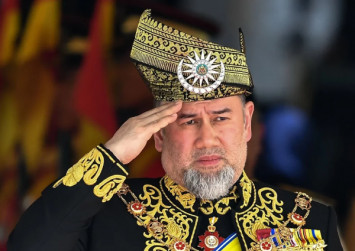 She said that the Miss Moscow pageant in 2015 had been a random opportunity, as she was asked to join together with her friend, who eventually did not make the cut.

Ms Voevodina is believed to be a business graduate from the elite Plekhanov Russian University of Economics, Daily Mail added.

She previously worked as a model in China and Thailand, but had once dreamed of becoming a fashion designer.

British newspaper The Sun reported that Ms Voevodina was among 11 contestants on a Russian Reality television show inspired by MTV's Temptation Island.

WHAT DO WE KNOW ABOUT HER FAMILY?

Malaysia lifestyle news site Says.com reported that Ms Voevodina's mother was a beauty contestant in the early 1990s, soon after the collapse of the Soviet Union.

She had also spoken about having her father by her side during the finals of the 2015 Miss Moscow contest.

HOW DID SHE MEET SULTAN MUHAMMAD?

According to the Daily Mail, who spoke to a beauty contest director, Ms Voevodina is said to have met him 18 months ago in Europe when she was modelling luxury watches.

WHERE AND WHEN DID THEY TIE THE KNOT?

Malaysian newspaper The Star reported that the ceremony supposedly took place at a concert hall in the Moscow suburb of Barvikha on Nov 22.

Guests at the wedding ostensibly tucked into halal food, and the event was alcohol-free, reported Russian news outlet Islam News. 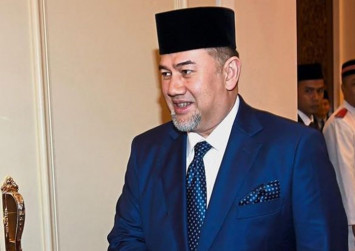 One of the viral photos shows the beaming couple clad in Malay traditional outfits.

Ms Voevodina, who had reportedly converted to Islam in April last year, also donned a headscarf. She has since taken on the name Rihana Oxana Gorbatenko.

She had told friends then that "I think that the man must be the head of the family and of course shall not earn less than a woman", according to British newspaper The Telegraph, which quoted Russian media reports.

Days before their wedding, the couple had purportedly visited a fertility clinic in Germany, reported Russia's English-language television channel RT, which spoke to insiders.

Ms Voevodina's press secretary Maria Shakhova confirmed the Germany trip with RT, adding that it was for "treatment".

The report also said that Sultan Muhammad was anxious to start a family after he did not have children in his first marriage.