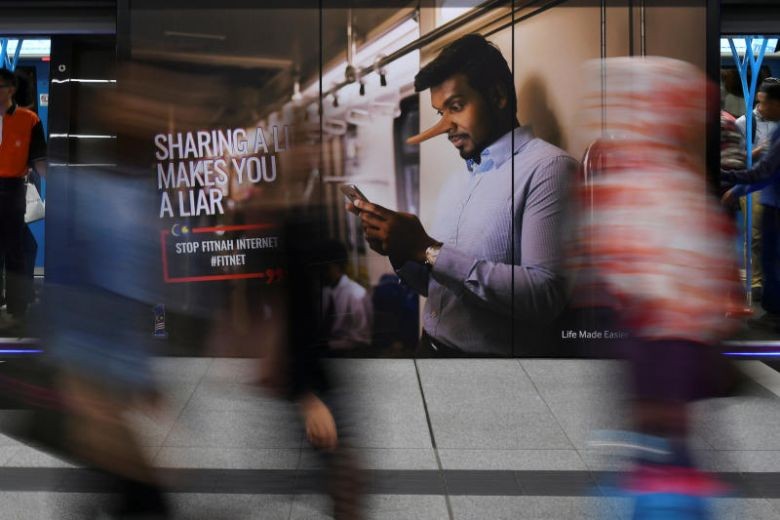 KUALA LUMPUR - A Malaysian media company on Friday (April 27) filed a suit seeking to declare unconstitutional a new law against fake news, which critics say is aimed at curbing dissent and free speech ahead of a May 9 general election.

Prime Minister Najib Razak's government secured parliament's approval for the law this month. It stipulates jail of up to six years and fines of up to 500,000 ringgit (S$169,357) for offenders.

Mkini Dotcom, the company that runs the news site Malaysiakini, is seeking a judicial review of the law on the grounds it violates civil liberty and freedom of speech.

"The best way to counter fake news is with facts."

In its affidavit, the company said the law placed an"insurmountable burden" in proving that every item published "by way of reportage or opinion is true in every sense".

The government and the prime minister's office did not immediately respond to a request for comment.

Governments elsewhere in South-east Asia, including Singapore and the Philippines, have also proposed laws aimed at clamping down on the spread of "fake news", to the dismay of media rights advocates.

The Malaysian government defined fake news as "news, information, data and reports which is or are wholly or partly false" and included features, visuals and audio recordings.

The law covers digital publications and social media and also applies to offenders outside Malaysia, including foreigners, if Malaysia or a Malaysian citizen are affected.

The government said it hoped the law would make the public more responsible and cautious in sharing news and information.

But the opposition and critics say the law, along with a fast-tracked realignment of electoral boundaries, were attempts by Mr Najib to boost his election chances.

Mr Najib's government and the Election Commission have denied the accusations.

Mr Najib enters the election weighed down by a multi-billion dollar financial scandal linked to state fund 1Malaysia Development Berhad (1MDB), and public anger over rising prices, blamed on a consumption tax he introduced in 2015.

He denies any wrongdoing in connection with losses at the state fund and has defended his government's economic record.

Mr Najib's coalition is expected to win the polls but a smaller majority could leave him open to a leadership challenge.