Malaysian YouTube sensation Sugu Pavithra, 28, only started sharing her cooking videos this January, but she already has 550,000 subscribers on her channel due to her warm, soft-spoken ways.

The mother of two and her equally shy husband have captured the hearts of the nation, not least because they speak in effortless Malay while cooking their favourite dishes together.

Watching Sugu's cooking videos during the Movement Control Order (MCO) with her easy-to-follow instructions inspires even non-Malay speaking fans to want to try her delicious recipes of Malaysian home-cooked food.

It turns out that her online fame even caught Prime Minister Tan Sri Muhyiddin Yassin's attention.

Surprising gifts from the PM

A few days ago, there was a special delivery of gifts for Sugu from the Prime Minister himself.

Among the gifts he sent to her home in Ipoh were cooking products, sacks of rice, a microwave oven, a rice cooker and a camera tripod.

Sugu was stunned as she could hardly believe who had sent the gifts.

"I have never thought of receiving gifts from the Prime Minister. Who am I? I'm only an ordinary person. I even received a special card from him that had the message: Keep up the good work, just stay at home," said Sugu.

"That was when I knew that the parcel was from the Prime Minister. I'd like to thank him and meet him personally but I know it is impossible to meet him during this Conditional Movement Control Order (CMCO)," she told the New Straits Times.

Sugu added that since she has already received so much, she intends to cook up a big feast and share the food with her neighbours over the weekend.

While her favourite gift from the Prime Minister is definitely the tripod, Sugu is still using her dependable cup as a stand to record her cooking for the time being.

One thing's for sure, whatever Sugu decides to use in the kitchen, her YouTube fans will continue to be captivated by her cooking videos. 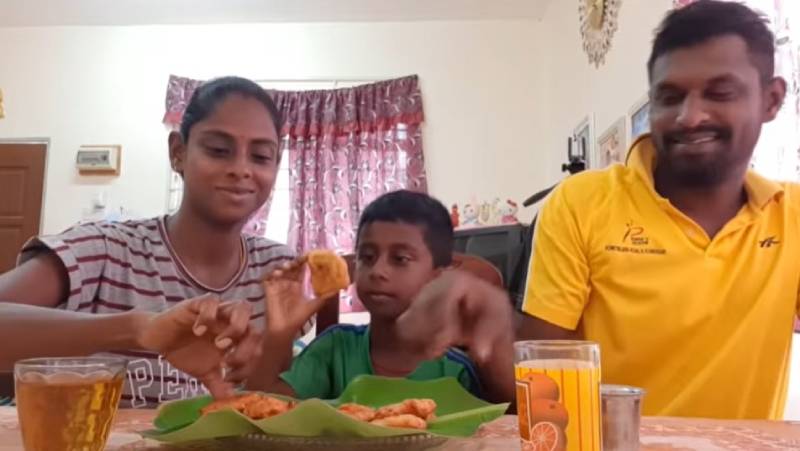