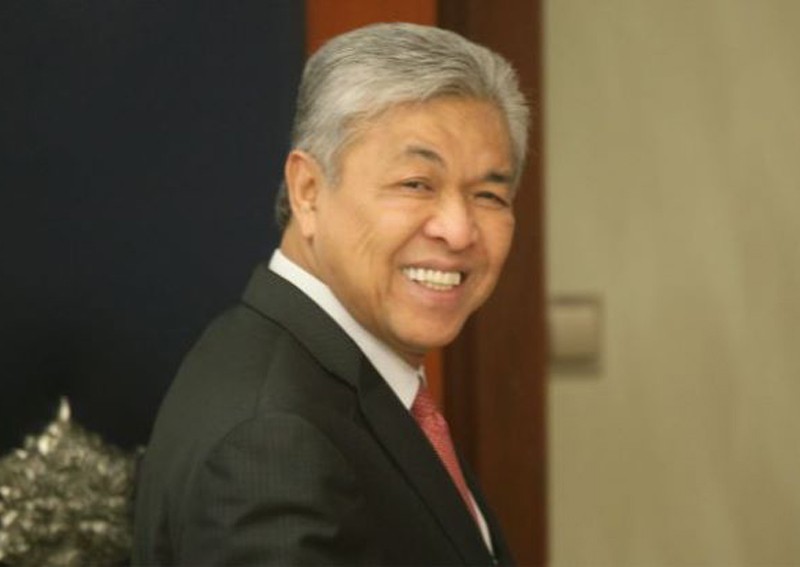 A source told The Straits Times that the 65-year-old president of former ruling party Umno will likely be charged under the Malaysian Anti-Corruption Commission (MACC) Act - and possibly under the Anti-Money Laundering Act - pending a decision by the Attorney-General's Chambers.

"They're gearing up," a source told ST.

A notice was sent on Wednesday, requiring Datuk Seri Zahid to surrender himself to the MACC at 3pm on Thursday.

"He will be arrested after his statement as an accused is taken under Section 53 of the MACC Act," another source added.

Mr Zahid has said the payments by the charity for the credit card bills were made in error by an aide and he has since settled the bills himself.

He was last interrogated by the anti-graft agency at its headquarters in Putrajaya last Friday.

Penang Institute's political scientist Wong Chin Huat said should Mr Zahid be charged with corruption, it would weaken his credibility and Umno's standing, particularly among the ethnic Malay community.

"In the short run, the party will stand by him and cry wolf on a political witch-hunt, but it won't last," he said.

"Calls will rise within Umno to distance - or even outright abandon Zahid - and it may lead to a split in the party. The losers may form a new party or join Pakatan Harapan or Parti Islam SeMalaysia (PAS). If young leaders less tainted by 1MDB and other scandals emerge victorious, Umno may have a chance to regain some lost ground before the 15th general election," he added.

Mr Zahid was first called in by the MACC on July 2 over its probe into 1Malaysia Development Berhad (1MDB), to be questioned on a purported meeting with a member of Saudi Arabia's royal family who is said to have donated money to former prime minister Najib Razak.

On July 3, Mr Zahid was summoned to have his statement recorded over the probe into the alleged misappropriation of funds from Yayasan Akalbudi, of which he is the chairman. It was the first time he was quizzed over the matter.

The foundation, which does charitable work such as building mosques, tahfiz schools and orphanages, was set up by his family with personal donations from himself and close friends.

Records showed the foundation was registered in 1997 and its purpose is to receive and administer funds to eradicate poverty.