Malaysia's mad at Europe for trying to save the rainforests

A European Union campaign to restrict the use of palm oil in biofuels could put the trading bloc's relations with Malaysia in jeopardy, an official from the Southeast Asian nation said on Tuesday.

Last year, European lawmakers backed measures to limit the use of palm oil in biofuels, ahead of an eventual ban in 2030. More recently, France laid out plans to curb imports of palm oil and exclude it from biodiesel feedstock, while Norway approved plans to ban biofuels containing palm oil from 2020.

The palm oil industry is often blamed by environmental groups for deforestation and the displacement of wildlife and indigenous communities. Malaysia, as the world's second biggest producer of the substance, has criticised the move by European countries.

"This is going to affect bilateral relations between Malaysia and all these EU countries," Kok told reporters on the sidelines of a palm oil industry conference.
The issue has been discussed with the cabinet and Prime Minister Mahathir Mohamad will write to the president of France and the prime minister of Norway, she said.
Read Also
EU palm oil ban sows bitter seeds for South-east Asian farmers 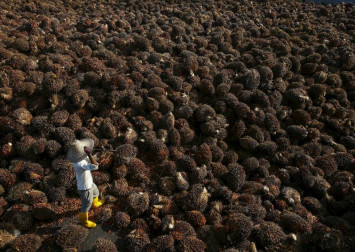 Last year, top palm oil producers Indonesia and Malaysia criticised the European Union for backing a ban on the use of palm oil in biofuels, with a Malaysian minister calling the move a protectionist trade barrier and a form of "crop apartheid".

Prices of the vegetable oil, used in everything from biscuits and soap to lipstick, have taken a hit from high inventories.