A video showing the Covid-19 vaccination process of a woman living in Malaysia has gone viral after the clip appeared to show the vaccine still in the syringe after the needle was withdrawn from her arm.

The video, credited to diyanahmaria, appeared on Facebook group ViralMeletop on Wednesday (July 29), and has so far accumulated more than 400,000 views.

In the caption of the video, the Facebook user wrote in Malay that the incident happened at the Putra World Trade Centre (PWTC) in Kuala Lumpur on July 28.

The 27-second clip showed the woman being given a jab to her left arm. However, the person administering the jab did not depress the syringe containing the liquid. The person then pulled out the needle and a piece of plaster was placed over the injection site.

The caption also stated: "I reported [the incident] to the officer and showed the video, the answer he gave was simple — 'I didn't notice'."

The owner of the video was subsequently given another jab. The caption offered a somewhat sceptical explanation for the incident. "Maybe the officer was so tired that she forgot to press the syringe… maybe."

The video and caption, however, triggered many viewers, with several questioning the motive of publishing the video even though she was successfully vaccinated in the end.

Wrote one commenter: "Is there a need for you to put this online?" Another chimed in: "You want to be famous, is it?"

However, some other netizens also expressed anger over the incident.

"Hopefully disciplinary action will be taken... [and the nurse] suspended," one wrote, which drew a reply, "just fire [the nurse] straight away".

Over on Instagram where Diyanahmaria posted the same video to her account, she described how she was "so damn mad and anxious" at the time.

"For the sake of safety of other people, please laa, you are risking other people’s life [sic]," she wrote.

According to news reports on July 19, Malaysia's Covid-19 Immunisation Task Force said that it would be investigating three separate incidents where vaccines were alleged to have been wrongly administered, or where empty syringes were being used.

One 40-year-old businessman had claimed that he was injected with an empty syringe, but this was dismissed by the Selangor Health Department. 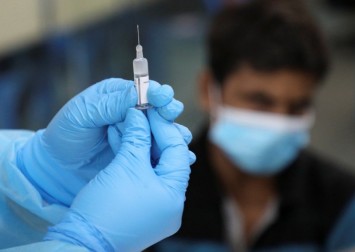 "With strict adherence to these measures, it is quite impossible for a recipient to be vaccinated with an empty syringe," stated its director.

Another viral video in May which purportedly showed an elderly woman being unsuccessfully injected with the vaccine has also been debunked.

The Covid-19 Immunisation Task Force explained that the woman's muscles were too tense due to nervousness, and the needle broke during the first jab. She was later successfully injected with the vaccine.

"Go ahead and record so that you'll have hard proof that you have received the proper dosage for vaccination," he said.