No takers for Malaysia's 5G plan as major telcos baulk over pricing, transparency

KUALA LUMPUR - None of Malaysia's major mobile carriers have agreed to use the government's 5G network yet due to transparency and pricing issues, ahead of a roll-out planned for next month, state agency Digital Nasional (DN) and industry executives said.

However, the state-owned network wholesaler told Reuters it still hoped to launch 5G services in three urban centres, including the capital Kuala Lumpur, as talks continue with mobile operators.

The Southeast Asian country, a regional laggard in the 5G roll-out, unveiled a plan for a single shared network in February, hoping it would help accelerate nationwide infrastructure build-up.

Similar state-led approaches have been tested in some other markets including Mexico, but largely stumbled.

The lack of industry support for the Malaysian initiative underscores corporate concerns over state meddling and transparency in a country still reeling from a multibillion-dollar corruption scandal at state fund 1Malaysia Development Berhad (1MDB).

Malaysia has been losing foreign investor confidence recently amid political instability, with the third administration in as many years coming into power in August. The 1MDB scandal also tainted its reputation and implicated a former prime minister.

DN confirmed that no agreement with carriers has been reached and acknowledged its initial timeline for negotiations had been "too optimistic".

The agency will now seek to have formal long-term agreements early next year.

"The target now is to have a live network, covering... a total of 500 sites by the end of December, with at least some operators on board to provide a 5G network to end-users," chief technology officer Ken Tan said.

DN did not say what would happen if no operators agreed to be part of the deployment.

Carriers, which had already invested in infrastructure upgrades to support 5G services, are concerned the 5G network plan would result in a nationalised monopoly, hurting their business and limiting their access to future technology, said seven current and former industry sources. 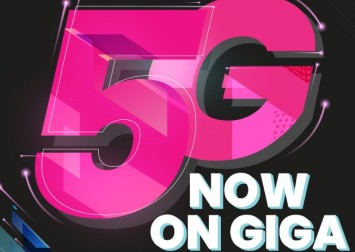 They declined to be identified due to the sensitivity of the matter.

Three sources estimated the government plan could destroy up to RM45 billion (S$14.59 billion) in market value across all mobile operators including Axiata Group, DiGi.com and Maxis.

The sources did not specify over what period the losses would be incurred.

"By 2030, the majority of the network will be on 5G, then there are enforced limitations on our existing (non-5G network) assets," one of the sources said.

"Valuations (of our business) will go down over time and it will go back and hurt our shareholders."

Under the plan, DN would hold all 5G spectrum rights as well as build and maintain the entire network, with operators using the infrastructure to provide mobile services.

Maxis said in a statement that it has long been ready to roll out 5G in the country.

"We will continue to focus on our purpose to serve the people and enterprises of Malaysia, and play a key role to support the digital ambitions of the nation," it said.

The company sources said under the proposed pricing plan, the telcos could end up paying more than they would have if they rolled out 5G on their own.

The plan did not take into account additional requirements related to traffic volumes and contingency costs, among other issues, they said.

According to internal documents reviewed by Reuters, the carriers have asked for "extensive revisions" to DN's pricing proposal, saying it did not demonstrate the cost efficiencies promised.

"The price is a function of how much assurance we can get on quality of the network," a source said.

The sources said the companies had also sought assurances that DN would operate solely as a wholesale provider and would not reserve 5G capacity for itself or harbour any retail ambitions.

The concerns highlight investor worries about the Malaysian government's influence in corporate issues, with most large-cap public companies in the country counting state-linked investment firms as top shareholders. 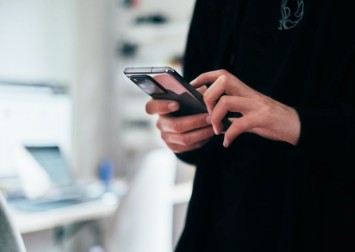 DN said share prices of leading telcos have been stable since the plan's announcement eight months ago.

It also said a fast roll-out would lead to an increase in data traffic that would boost operator revenues, while the wholesale plan will help carriers save billions of dollars of investment.

DN chief operating officer Dushyan Vaithiyanathan said the plan would likely cost only around RM16.5 billion, around half the RM30 billion - RM35 billion carriers would have needed to spend to build the 5G network themselves.

"The government isn't trying to take away (telcos') rice bowl... We want to deliver the highest quality of services at the lowest price, so that it gives us more certainty in terms of recovery costs as we kick-start the 5G roll-out," Mr Vaithiyanathan told Reuters.

DN however acknowledged its transparency has been questioned, adding that the country's communications regulator would put in place stringent guidelines in public to ensure fair pricing and a smooth roll-out.

"We are working closely with (the regulators). We want the scrutiny, so that people cannot come in and change the principles of what we are aiming with 5G," Mr Vaithiyanathan said.