A total of 2,311 resale flats changed hands in June.

HDB resale prices rose for the 12th straight month, advancing 0.9 per cent last month compared with May, according to flash data from real estate portal SRX on Thursday (July 8).

The HDB resale market has "returned to business as usual", said ERA Realty head of research and consultancy Nicholas Mak, who added that the latest figures show that people are getting used to the safe distancing measures and restrictions imposed by the Government as a result of the pandemic.

Year on year, resale prices increased 13.2 per cent from June last year, and are just 1.7 per cent off their peak in April 2013.

The rise in prices for resale flats last month was broad-based, climbing for both mature and non-mature estates, as well as across all room types.

A total of 2,311 resale flats changed hands last month, rising 17.5 per cent from the month before.

Huttons Asia senior director of research Lee Sze Teck said the jump in transaction volume reflects the demand that was artificially constrained by viewing restrictions imposed during the phase two (heightened alert) period, when households could receive only two unique visitors each day.

After June 13, the measures were relaxed to five unique visitors each day. 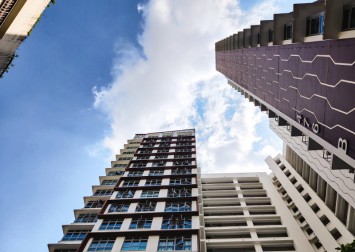 Last month also saw 19 resale flats change hands for at least $1 million, a jump from 13 such transactions in May.

A 49-year-old terraced house in Whampoa was sold for $1.268 million, making the 210 sq m dwelling the most expensive HDB resale unit on record.

The 19 million-dollar flats sold made up 0.8 per cent of last month's total resale transactions.

This brings the total number of such flats to 106 in the first half of this year, more than four times the 24 units sold in the same period last year.

PropNex head of research and content Wong Siew Ying pointed out that all of the 106 million-dollar transactions were located in mature estates.

The central area, specifically The Pinnacle @ Duxton, saw the most activity, with 30 such deals, followed by Queenstown and Bishan, with 16 each, she noted. 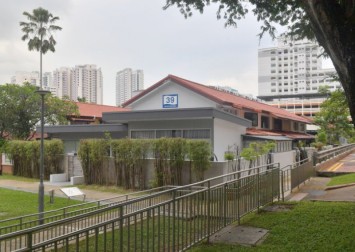 Huttons' Mr Lee said HDB's willingness to consider waiving penalties for buyers who cancel their BTO applications to buy a resale flat to meet their urgent housing needs may likely prop up demand in the resale market in the months to come.

Besides increased demand and rising prices, another issue that buyers might be contending with is the cash-over-valuation (COV) component, said Mr Lee.

COV happens when a resale flat is sold above its actual HDB valuation, and the shortfall can only be paid for in cash by the buyer.

"More buyers have chosen to match the sellers' asking prices, which tend to be higher than the last transacted price, resulting in more instances of COV. If left unchecked, this will affect affordability and put flats out of reach for some buyers," he said.

However, Ms Christine Sun, senior vice-president of research and analytics at OrangeTee & Tie, pointed out that the Government had recently clarified that the majority of buyers did not have to pay any COV, with the median COV remaining at $0.

"This information can serve as a market indicator for both buyers and sellers. It may help to alleviate the anxieties of some buyers who may be worried about paying high COVs or 'overpaying' for certain flats," she said.