2 blue-chip stocks that are too cheap to ignore

Investors who are looking for cheap stocks are in luck.

The market crash in March has pushed valuations down to attractive levels for many companies.

The indiscriminate selling has been merciless to all stocks, whether they are REITs, blue-chip companies or smaller companies.

However, it is important to tread carefully.

Not every cheap company represents a bargain.

Some companies may face structural changes within their respective industries that may have altered the competitive landscape, making it tougher for them to compete effectively.

Others may have been hit so badly by the plunge in demand that they are unable to recover even after the crisis has passed.

As investors, it is our job to look for cheap, quality companies that can bounce back strongly post-pandemic.

Here are two blue-chip companies that have been battered down, but may be too cheap to ignore.

ComfortDelGro Corporation Limited, or CDG, is a land transport conglomerate with operations in bus, rail and taxi.

The group has a fleet of 41,600 vehicles and runs 84 kilometres of light and heavy rail networks in Singapore. CDG's global operations also span China, Australia, the UK, Ireland, Vietnam and Malaysia.

The group's share price has declined by 35 per cent year to date, and its shares are trading at a trailing price-earnings ratio of around 12.3 times.

At this valuation, the group is trading lower than its five-year average price-earnings ratio of 17.7 times. 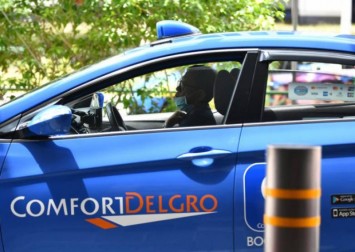 CDG's public transport operations and taxi division have both been badly hit by the circuit breaker measures (in Singapore) and lockdowns in other countries.

Ridership in Singapore has plummeted by around 70 per cent to 75 per cent for bus and rail as more people telecommute and stay indoors.

For the taxi division, the group has extended Covid-19 relief schemes to drivers to the tune of S$116 million, pushing the division into a first-ever full-year loss.

The outlook seems bleak for CDG with lockdowns still in force in many countries, though some countries are beginning to gradually ease them.

Some may argue that CDG is justifiably cheap, as transport and travel patterns may change permanently post-pandemic.

However, we believe that people will still need to commute and that once the circuit breaker and lockdowns ease, transport services will return to some semblance of normalcy.

It may take some time for ridership to increase back to pre-Covid-19 levels, though.

But the bad news has probably been priced into the shares due to their low valuation.

Investors who have a long-term investment horizon may see good value in CDG right now.

The group employs around 23,000 staff and serves customers in the defence, government and commercial sectors in more than 100 countries.

STE's share price has tumbled by 21 per cent so far this year, and its shares are now trading at a historical price-earnings ratio of around 17 times.

At this level, STE is trading lower than its five-year average price-earnings ratio of around 21 times.

There are good reasons for the pessimism - the group has exposure to the ailing aviation industry through its aerospace division, while its marine division is also facing tough challenges. 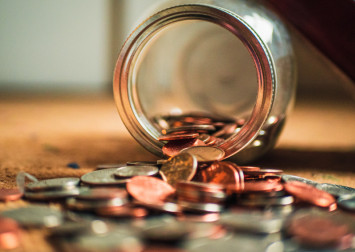 In a business update released for the first quarter of the fiscal year 2020 (1Q 2020), STE's revenue for the current fiscal year is expected to be between 5 per cent and 15 per cent lower than last year.

For the maintenance, repair and overhaul (MRO) segment under Aerospace division, the group is in active discussions with customers on rescheduling.

For both Electronics and Land Systems divisions, there have been delays in project milestones, while some tenders are on hold due to the pandemic.

There are mitigating factors though.

Contract wins for the first quarter of 2020 amounted to $1.6 billion, of which $838 million are for Aerospace division and the remainder for Electronics division.

In short, STE's diversified revenue streams cushion it somewhat from the debilitating effects of the pandemic.

Once the pandemic has passed, STE should be back on track again and winning more contracts.