2 potential Singapore shares you can buy and hold forever

Stocks can produce pleasing returns if we have the capacity to hold them for long periods of time.

But with all that's been going on in the stock market within the last three months, you would be forgiven for thinking that it's extremely risky to invest in stocks.

Many businesses are facing tough challenges.

Some are facing vanishing demand for their goods while others have seen their supply chains disrupted with the temporary closure of factories and manufacturing plants.

Meanwhile, the Singapore government has downgraded the country's GDP forecast to a -4 per cent to -7 per cent range, the worst performance since independence in 1965.

In such a turbulent environment, can investors find safe harbour?

Here are two Singapore blue-chip companies that we believe could offer the safety and stability that investors seek.

The bourse operator provides a platform for the buying and selling of securities such as equities, fixed income, options and derivatives.

The increase represents a compound annual growth rate of around 6 per cent.

Net profit has grown in tandem and hit an 11-year high of $391 million in the last fiscal year.

In late-May, SGX announced that it will be reducing its licence agreement with MSCI Ltd from February 2021, except for the MSCI Singapore futures and options.

Although the group will take a 10 per cent to 15 per cent hit to net profit because of this reduction, CEO Loh Boon Chye has reiterated that SGX's multi-asset portfolio has reached a critical mass.

SGX's long track record in derivatives should allow the bourse operator to refresh and grow its suite of Pan-Asian access products in new directions.

The group can choose to do this on its own by creating its set of derivatives, or collaborate with other partners for licensing.

Meanwhile, back in January last year, SGX had acquired a 93 per cent stake in Scientific Beta for EUR 186 million.

This acquisition, along with bolt-on investments in BidFX last year, would bolster the group's capabilities in a range of assets, allowing for long-term growth in revenue and earnings.

DBS Group Holdings Ltd, or DBS, is one of Singapore's three big banks.

The group offers a comprehensive suite of banking services ranging from corporate banking to investment management for both individuals and businesses.

Total revenue for the bank rose 13 per cent year on year in the first quarter, crossing the $4 billion mark for the first time.

Read Also
BreadTalk delisted from SGX on June 5: What you should know 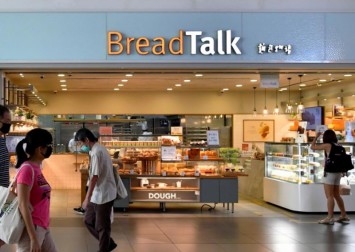 Due to the Covid-19 pandemic, the bank bumped up allowances for credit losses up, to the tune of $1.1 billion.

This resulted in net profit after tax tumbling 29 per cent year on year.

The bank, however, still has a strong franchise and track record in Asia for being a strong and stable lender.

CEO Piyush Gupta has commented that the group will maintain a strong balance sheet, liquidity and loss allowance reserves to tackle the crisis head-on.

Even with digital banks muscling their way into the sector soon, the bank is not overly worried as it has been driving the digitalisation of its processes for years.

This effort has reduced its cost to income ratio for the quarter to 38.6 per cent, among the lowest of the three banks.

The pandemic may cause short-term stress to loan quality for DBS, while low-interest rates may also lower net interest margins and income.

However, the bank is well-positioned to continue growing its loan book in the long-term and is poised to recover strongly once the crisis has passed.