3 businesses with soaring profits despite the pandemic

The pandemic has revealed something very surprising.

Unlike the majority of businesses that have suffered plummeting revenue, a small group of companies are thriving despite the virus.

This fact makes this crisis different from The Great Recession, where nearly all businesses suffered without any glaring exceptions.

The key reason is that this crisis is not so much an economic one, but has to do more with health and well-being.

What started as a major healthcare crisis has morphed into an economic one as governments around the world impose lockdowns, border closures and movement restrictions.

Because of the nature of the response to the coronavirus, industries that thrive on tourism, travel and physical gatherings have been badly affected.

On the other hand, industries that manufacture products used by healthcare professionals, such as nitrile gloves, have seen an unprecedented boom.

Those providing essential services that have been allowed to operate uninterrupted have also witnessed a surge in sales and profits.

Here are three companies that reported higher profits during this pandemic.

Propnex is an integrated real estate services group that offers a range of property-related services such as real estate brokerage, training and property management.

Propnex has an established presence in Singapore and is also present in Indonesia, Malaysia and Vietnam. 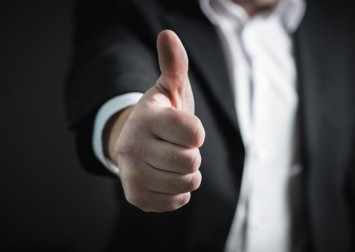 Net profit attributable to shareholders more than doubled from $5.7 million to $14.8 million.

Despite the circuit breaker measures imposed by the Singapore government, a higher number of transactions was completed in the first half of 2020 compared to the same period last year.

The group believes that the current low-interest-rate environment and fiscal policy measures announced in five budgets will help to prop up demand for real estate.

As such, Propnex expects sales momentum to pick up for the remainder of the year, as more developers roll out projects with competitive pricing to lure buyers back.

Its share price has recovered strongly from the low of $0.44 back in late-March and is up 13 per cent year to date.

The group has production facilities in Singapore, Malaysia and California, USA.

The group’s semiconductor business recorded robust growth during the first half of 2020, with revenue up 28 per cent year on year to $75.2 million.

Net profit attributable to shareholders jumped by 47 per cent year on year to $22.2 million.

UMS generated healthy free cash flow of $19 million during the period and declared an interim dividend of $0.01 per share, double of what it declared last year.

Its share price has also recovered most of the losses sustained in March to close almost flat for the year.

Semiconductors Equipment and Materials International, or SEMI, has forecast sales growth of 6 per cent for semiconductor equipment manufacturing for 2020.

For 2021, SEMI is projecting even stronger growth of 17.4 per cent and will be driven by memory spending and investment in cutting-edge technologies.

These projections bode well for UMS’ business and investors should look forward to continued strong numbers.

Sheng Siong operates one of the largest supermarket chains in Singapore.

The group operates 61 outlets across the island and supplies a variety of both live foods as well as sundries, toiletries and household items. 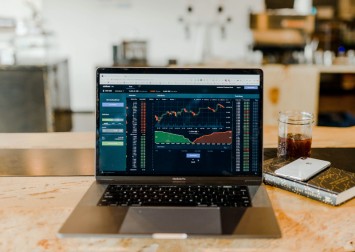 As supermarkets were allowed to stay open during the pandemic as they are deemed an essential service, Sheng Siong enjoyed a strong boost to both revenue and earnings.

For the first half of 2020, the group reported a 52.7 per cent year on year increase in revenue.

The group will continue to implement its growth strategy of looking for suitable locations in the heartlands to open new stores.

These three stores will take up close to 19,000 square feet of space.