Buyers can’t seem to catch a break in 2021. Just when they’d hoped a return to Phase II might slow the pace, the opposite has happened: transaction volumes and prices have started to creep up.

For those waiting in the wings, the “wait-and-see” approach may not pay off after all. Here’s a rundown of the top selling new launches, where you should probably make your move sooner:

For the sharp-eyed among you that have noticed the high $4,123 psf number, this was due to the $9 million penthouse being sold in April.

We highlighted Irwell Hill for its surprisingly low entry price , given this is a new launch District 9 condo. The smallest units (from 398 to 614 sq. ft.) started from as low as $1.06 million, and these were among the first to sell.

Even the larger units (up to 667 sq. ft.) have stayed below $2 million, which is on the lower end for a new River Valley condo.

Irwell Hill Residences is quite clearly built for investors, with around 80 per cent of the units being one and two-bedders. There’s very little green space in this location, and only two schools in enrolment distance (River Valley and Alexandra Primary). Along with the small unit sizes, most families can rule this out.

However, couples or singles may still like this condo for own-stay use. It’s within eight minutes’ work of Great World City, where the MRT station is also located.

Overall, this is a condo with very high rentability, and which has the potential for strong rental yields given the low quantum. One potential drawback is the leasehold status of Irwell Hill Residences, which is in an area surrounded by freehold counterparts.

Although its location is not built-up, Provence Residence skirts the issue by being a rare EC that’s rather close to an MRT station. It’s just around a nine-minute walk to the Canberra MRT station. The main highlight of the area – Bukit Canberra – is located just 850 metres away; this is about a 12-minute walk, or under a five-minute drive.

Bukit Canberra will be the integrated hub for the area, which includes sports and lifestyle facilities, as well as food and retail.

Unfortunately, there’s little else to entertain you in the area right now.

As a trade-off for this, Provence Residence is one of the most affordable new launches right now, even for an EC. There are units of up to 1,065 sq. ft. that have transacted for under $1.16 million, while units of up to 925 sq. ft. have sometimes gone under the $1 million mark.

Coupled with the lack of upfront ABSD for upgraders (because this is an EC), Provence Residence is a very manageable step-up for HDB dwellers. The larger unit sizes are exactly what the market’s been clamouring for right now; hence the strong response despite the secluded location.

After all the drama surrounding its no-sale license, it looks like Kingsford Huray is making good time to meet its deadline. Normanton Park is not the best for those who don’t have a car – although it’s just four minutes drive, or one or two stops by bus, to One-North (the bus stop is just outside the condo).

There’s also no MRT within walking distance though, so you’ll have to take the bus outside to One-North, and get to the MRT station from there.

One-North is a tech and media hub, and accommodation in this area has been limited; so this condo is of interest to both home buyers and investors (although the upcoming One-North Eden provides a small amount of competition).

Read Also
In a hurry to move? Here are 23 new launch condominiums that will reach TOP in 2021/22 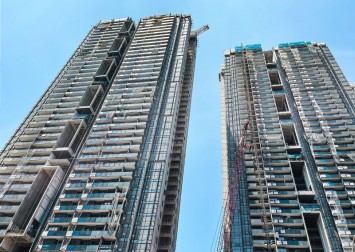 Normanton Park is also close to Kent Ridge, and is just a two-minute drive to NUS. Also in the vicinity are schools like INSEAD, so it can serve as alternative student accommodation. All in, there’s a large prospective pool of tenants, and vacancies shouldn’t be an issue.

For home buyers, Normanton Park is also noted for being close to Holland V, which is just a seven-minute drive away. One-North also has a lot of day-to-day amenities, such as Guardian and Cold Storage.

Prices are on the low end, which is unsurprising given Normanton Park is a mega-development. A 1,034 sq. ft. unit, for example, is still priced below $1.7 million. Some buyers may not like the lack of privacy from such a big development though.

This is the largest condo development in Singapore, and in our original review, we noted it was one of the most affordable.

While Treasure at Tampines is still not expensive for a new launch, do note that the average price has risen for the last batch of units. The current average of $1,409 psf is up from a median price of $1,325 psf, from the early days of launch.

Treasure at Tampines doesn’t really have an MRT within comfortable walking distance, although you could bike to Simei MRT station (around 500 metres). The main appeal will be the short distance to the heart of Tampines, where you’ll find malls like Century Square, Tampines One, and Eastpoint. There are also a lot of offices here, as Tampines is the regional centre of the east.

Most of the properties closer to the hub of Tampines are now exorbitantly priced, so Treasure at Tampines provides a comfortably priced (if a bit further away) alternative.

Investment-wise, this is a 50-50 prospect. Many investors will be worried about future competition, given the sheer number of units. However, family buyers will probably appreciate the more extensive facilities, and the reasonable price for a mature area.

You do need to move fast if you want to buy here, as sales are for the last remaining batch of homes. We’ve been told that most of the remaining units are the bigger ones (around 1,324+ sq. ft.), so you can expect a quantum of between $1.7 million to $1.8 million.

The drop-off in prices is because the remaining units are larger, with a higher quantum but a lower price per square foot.

This is the smaller, more private counterpart to Normanton Park (see above). As we said about District 05 earlier, the new launches near One-North are an easy sell. The area is a tech and media hub, which up till now has seen limited accommodation. Along with schools like INSEAD, ESSEC, and NUS nearby, demand has outpaced supply here for many years. 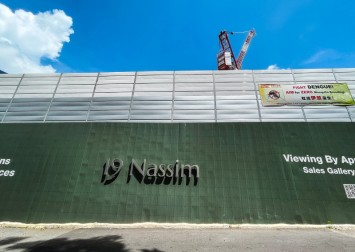 One-North Eden is closer to Fusionopolis than Normanton Park. The One-North MRT station, which is attached to Fuisionopolis, is a mere seven-minute walk. Residents can also walk to The Star Vista or Rochester Mall, which are about an eight-minute walk under most conditions.

In terms of immediate amenities, One-North Eden has a clear edge over Normanton Park. This is also helped by it being a mixed-use development, with some commercial spaces attached (six commercial units are not very significant, but some people insist on having a small grocer/diner downstairs).

But being a much smaller development, the common facilities are a shadow of what you get from Normanton Park. You are also paying much more than Normanton Park on average, with even a 947 sq. ft. unit reaching a quantum of $1.778 million.

This development is selling out fast, and is down its last eight units; but we suspect those who fail to get a unit here will quickly turn their sights on Normanton Park.