7 affordable 4-bedroom condos for $1.1m or cheaper (for bigger families)

As many homeowners know, the trade-off between price and space is a painful one. It’s a real issue with HDB upgraders especially: let’s face it, it doesn’t feel like an upgrade if you’re going from a 950+ sq. ft. flat, to an 800+ sq. ft. apartment. But that’s always going to be an issue in a small country like Singapore.

This problem is even more pronounced for those with bigger families (3 children and up) and budget constraints. You’d obviously want to provide a room for each kid, but it’s hard to find solid options at a certain price point.

For families facing this conundrum, we’ve searched for 4-bedder condo units that are still below the $1.1 million mark (based on 20/21 transactions). As you might expect, these are all in further-off locations and are all 99-year leasehold (with some ECs in the mix). Here goes:

Almost everyone looking for affordable west-side condos has shortlisted Regent Grove at some point. While it’s getting on in years, Regent Grove has some of the best priced (large) condo units, that are also close to a mall and MRT.

Regent Grove is just 240 metres from Yew Tee MRT station, or about a nine-minute walk. This is on the North South Line, and it’s just one train stop from Choa Chu Kang interchange; Lot One, which is the main mall for the neighbourhood, is located here. It’s also only four train stops to Jurong East, where you have access to even more malls like JCube, JEM, and so forth.

Alternatively, you can walk to Yew Tee Square or Yew Tee Shopping Centre in about 10 minutes (240 metres and 340 metres respectively). Yew Tee Square has an NTUC FairPrice, and most day-to-day needs can be found.

There are five schools within the one-kilometre enrollment distance:

Combine this with asking prices of around $1m for 1,475 sq. ft. units, and you get a value buy for a family condo.

The only trade-off is the number of other residences nearby; there’s a lot of HDB flats (which do get in the way of good views), and Yewtew Residences (see below) can boast being even closer to the MRT.

For those who don’t fancy outdoor space and want to maximise indoor space – this would be a viable option. It does have all the characteristics that you would want from a family home – including a yard and utility area.

That said, other than bedroom 2, the other bedrooms do have awkward layouts so careful planning will need to be done during renovation.

Whitewater is not the best-located condo in terms of accessibility; there’s no MRT station nearby (Pasir Ris MRT is too far to walk to), and immediate amenities are scarce.

The situation improves significantly if you drive or cycle, as IKEA Tampines and Giant Hypermarket are only around a 10-minute drive away. Elias Mall and White Sands also provide a wider range of retail, at roughly the same distance. 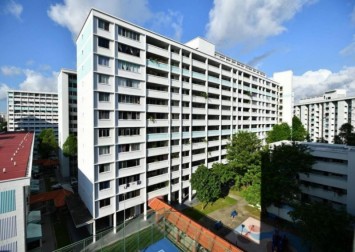 Most important of all, Downtown East – the recreational hub of Pasir Ris (and some say most of the East) – is only a six-minute drive away.

There are only two schools within a kilometre: Meridian Primary (500 metres) and Park View Primary (530 metres) – but note that due to the routes, they’re not really in comfortable walking distance (about 15 minutes on foot).

Price wise, Whitwater is fantastic for home buyers who prioritise living space. There aren’t many condos where 1,100+ sq. ft. units consistently transact at below $1 million. Just make sure you’re not dependent on MRT access.

It’s quite a standard layout here at Whitewater, and at 1,356 square feet is certainly generous in terms of size at this price point. All the bedrooms here feature regular layouts, and there’s a yard plus bomb shelter – which will either double up as a helper’s room or additional storage.

Yewtee Residences is the closest condo to Yew Tee MRT station (it’s practically next door). This also places it next to Yew Tee Point and Yew Tee Shopping Centre, where you’ll find an NTUC FairPrice, as well as most day-to-day needs.

Yew Tee Station is on the NSL and is just one stop from Choa Chu Kang MRT where Lot One is located. It’s four stops from Jurong East, where you can hit the major malls like JCube and Jem.

Yewtee Residences’ proximity to the MRT station – Yew Tee Point – can also be a drawback to some. There’s a lot of noise and bustle in this area, and it’s not for people who like living surrounded by HDB blocks (your view will consist mainly of these).

The small number of units may also be considered a drawback by some buyers, as it tends to mean lower transaction volumes and higher maintenance.

Still, this is quite possibly the only condo where you can get a sizeable 4-bedroom unit for $1 million, and also be next to the MRT station.

At 1,453 square feet, it is definitely a good size, especially when you don’t have to take into account outdoor balcony space. That said, it isn’t all entirely usable as there is a planter just outside the living, and the multiple bay windows are not a great sight either.

What’s good here is the addition of a yard and utility – plus a jack and jill bathroom shared between two common bedrooms (and there’s a third bathroom as well).

(That said, bus access is quite bad for Palm Gardens, with only 172 and 308 plying routes at the nearest bus stop).

In terms of day-to-day amenities, Keat Hong Shopping Centre is only a 330-metre walk (about four minutes).

There are four schools within one kilometre:

For tertiary education, ITE College West is about 750 metres (around a four-minute drive), and about a 1.5-kilometre drive (about six minutes) to Jurong Pioneer JC.

Those who don’t like having to use the LRT may consider the location inconvenient though; and some may not like how the road and LRT tracks are facing the condo (be picky with which stack you choose).

Easily the biggest standout of this 4 bedroom unit is that it has private lift access – something that you won’t normally find at this price point. You can also access the unit from the helper’s room or kitchen, which is great for more privacy.

Other than that one of the common bedrooms comes with an attached bathroom so you could almost treat it as a junior master bedroom.

Blossom Residences has recently come back on the radar, after it’s five-year MOP ended sometime around 2019. It’s now only around four years away from full privatisation.

Like most ECs, Blossom Residences isn’t close to any MRT. But you can use the Segar LRT (around a five-minute walk) to connect to Bukit Panjang MRT in two stops.

Blossom Residences has a lot of schools within one kilometre:

Views are very dependent on the facing you choose. One side is not so great as the area is thick with HDB blocks, and we would avoid the blocks that press right up against Segar Road due to noise issues. Although the other faces the blanket of the forested areas just beyond the highway – and the North-South orientation of most units in this condo is a big plus.

A quantum barely past $1 million, for a 4-bedder, is a good deal for an EC so close to full privatisation; even if the location is not the most central.

Given that Blossom Residences is one of the newer ones on this list, this layout may come as no surprise to those who’ve been shopping around for a newer development.

What’s good here is the addition of a utility room and yard – and the 4th bedroom is located away from the rest – which is great for those seeking more privacy. What’s not so good is the one bathroom shared among the occupants of the 3 common bedrooms.

6. The Eden at Tampines

The Eden at Tampines has seen a revival in interest, thanks to Tampines East MRT station. It’s just 560 metres, or about a nine-minute walk, from The Eden. This mitigates some of its previous inaccessibility issues.

Nonetheless, we’d say The Eden is still primarily a condo for those who drive. It’s only about an eight-minute drive to Tampines hub, where you’ll find malls like Tampines 1, Century Square, and Eastpoint. This is also where you’ll find many office buildings, so workers in this area might be interested.

ALSO READ: How to sell your HDB resale flat without an agent and save on fees

For buyers who are looking to keep the price down, but want bigger units than, say, Treasure at Tampines (approx. $1,245 psf), The Eden might be worth a look. It’s older with fewer facilities, but at $743 psf you’re shaving off around 40 per cent of the price.

The Eden at Tampines 4 Bedroom floorplan

The Eden at Tampines comes with most of the characteristics that you’d want for an own-stay family unit. You have a yard and bomb shelter with an enclosed kitchen. On the other hand, the last bedroom (guest room) is small and all 3 common bedrooms will have to share a bathroom.

Riversound Residence is the newest condo on this list, being just around five years old. It’s the latest of three condos built in a stretch (the other two are Austville Residences and Park Green). It has an edge over its neighbours though, being the one that ended up closest to the waterfront, and getting the best of the view and the breeze.

Riversound Residence is also within walking distance (500 metres or seven minutes) to Sengkang Neighbourhood Park. All in, this is a condo for nature lovers and those who prefer walks or picnics to the mall.

Read Also
Buying or renting your own place in Singapore? Here's a guide to help you 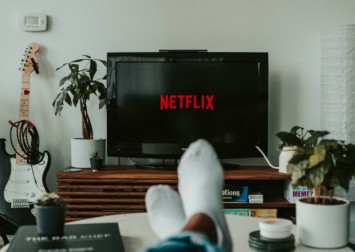 There’s little in the way of immediate amenities, unfortunately, other than an NTUC FairPrice at the nearby HDB blocks (about 410 metres, or a six-minute walk).

There’s no MRT in walking distance (unless you count Buangkok MRT at 15-20 minutes walk away), but Kangkar LRT is 400 metres away, or a seven-minute walk. From there, it’s two stops to Sengkang MRT station.

Families that are of the hiking-biking-nature walk inclination will find a gem here, especially given the unit sizes for the price.

As the newest development on this list, Riversound Residence has a very familiar looking layout that you might see today. The wet kitchen is on the small side, but that’s because they have allocated some space to a dry kitchen as well. Like a few others on this list, the 3 common bedrooms will share a bathroom, with the 4th bedroom a really small space that can only fit a single bed.

Interestingly enough, they have managed to fit in a walk-in wardrobe area for the master bedroom, which is great for those that need more storage space.

The balcony does stretch to one of the bedrooms as well, but that curved shape and narrow space does mean that it isn’t a terribly useful space.

If you need a bigger condo unit in 2021, going resale is probably your best bet

A lot of recent launches have prioritised location over size; so you can get condos even in central locations at $1.3 million or under. But if what you want is a lot of living space, and more peace and quiet, then the latest launches may not fit the bill.

Resale condos with a low price psf are starting to gain interest naturally, and 2021 will see more demand because of the aforementioned points. Check out the better ones early, to get ahead.