Are 2-bedroom units a good investment?

Over the past couple of years, two bedroom units have almost become the default choice among investors. The rationale is simple: big enough to accommodate a roommate or small families, but still at a low enough quantum, these are among the fastest sellers at any launch.

Well, since we’ve already done a study on one bedroom units, it was about time to look at its bigger neighbour. So, are two bedroom units a good investment? And if so, which districts have seen the best yields or gains? Here’s a rundown of what you could expect:

How did we get the data below?

The data below is based on recorded URA transactions.

We have kept the comparison to condos built from 2010 onward, because the definition of a “two-bedder” is quite different before that (e.g., in the 1990’s, even 1,000+ sq. ft. units were sometimes categorized as two-bedders). Executive Condominiums (ECs) were excluded.

We have also kept to units that are from 600 to 850 sq. ft. Developers can be quite loose with what defines a two-bedder. For example, some might be willing to market an 800 sq. ft. unit as a three-bedder.

As much as we’d like to have a perfect data set, there will be some stragglers that we have not accounted for.

For rental data, we looked at the time period between January to end-July 2021.

It’s common advice for landlords to buy two bedroom units if they can, rather than one-bedders.

The rationale is that two bedrooms can accommodate a wider pool of tenants. For example, it allows for a tenant to take on a roommate to split the costs, which can sometimes make it more affordable than a one-bedder.

Read Also
Is this boutique freehold property at East Coast a good buy? 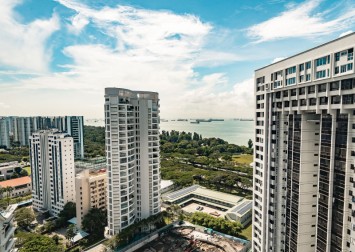 Likewise, some of the bigger two-bedders (700 sq. ft. or more) can accommodate a couple plus a young child, whereas a one-bedder is quite restrictive.

In terms of resale gains, the same logic applies. It’s assumed that the only buyers interested in one-bedders are other investors (who may prefer new launches with developer discounts). As such, a two bedroom unit could draw more prospective buyers.

While two-bedders have a higher price psf on average, they tend to have a lower overall quantum. This should – on paper – result in superior rental yields compared to their family-sized counterparts.

Here’s how the theories bear up:

What is the typical gross rental yield you can expect?

Unsurprisingly, the smallest units have the highest yield, as they also have the lowest quantum. However, it’s interesting to note that between 700 to 850 sq. ft., there appears to be little difference in terms of gross yield.

This suggests buyers can consider larger units, if the options are 700 sq. ft. or over; the bigger units tend to have higher rentability and are easier to resell, but don’t appear to have a drag on the yield.

Overall, we found that two bedroom units are on the high end of the typical residential condo yields today (the average, across the board, is between two to three per cent).

However, contrary to some sales pitches, they do not match their shoebox counterparts, which can have gross yields of between four to five per cent.

What are the returns you can expect, based on unit size?

That being said, do note that transaction volumes play a part. For the largest units of 800 to 850 sq. ft., there were fewer overall transactions; so this could make them come off looking worse.

What returns can you expect, based on district?

As you move further from the prime region, gains generally outweigh losses

Within the Core Central Region (CCR), there are districts where losses outweigh gains (Districts one, nine, and 11).

Read Also
Comparing Sentosa Cove condominiums to district 9/10 properties: How much cheaper are they today? 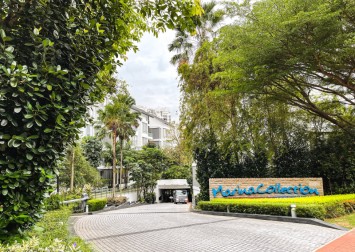 Toward the Rest of Central Region (RCR), gains and losses can be very close.

In District four (HarbourFront and Sentosa), for example, the average gains and losses are both exactly 6.6 per cent.

However moving closer toward the fringe regions, you can see that RCR districts such as District 14 (Paya Lebar, Geylang) show gains that significantly outweigh losses.

Also, District 20 (Thomson, Bishan) stands out the most, with the highest gains at 15.8 per cent, compared to average losses of just 6.7 per cent.

Why are the prime districts seemingly worse off?

Districts with more unprofitable transactions mostly came from the CCR. These were Districts one (Marina, Raffles), nine (Orchard), and 11 (Newton, Bukit Timah).

This is likely due to high premiums in these areas, where many of the developments are also freehold – this would place them at prices 15 to 20 per cent higher than leasehold counterparts. As the developments only date back to 2010, this can be insufficient time for the benefits of freehold status to really show, in the resale price (more on this below).

It could also come down to the foreign demand in these prime areas, where the past few years have not been as popular as before.

Should you pick a leasehold or freehold two-bedder?

*This is down to The Hillier, which you can consider to be an outlier

(Freehold properties may sometimes also be more attractive in en-bloc terms, as developers won’t have to top up the lease).

As an aside, remember that tenants often don’t care about the remaining lease. A cheap unit with fewer years remaining can still generate comparable rental income, to others in the area. This translates to potentially higher rental yields, for older leasehold developments.

In any case, it’s clear that investors looking at periods of five to 10 years should mainly focus on leasehold options. The premium for 999-year leases, or freehold status, isn’t well justified unless you’re looking much further down the road.

How long should you keep your two-bedder?

Those who sell within the first three years are more likely to take a hit, and see lower gains. This will come as no surprise, as many of these are also urgent sales (perhaps from some kind of crisis).

Read Also
We ranked the bottom 10 Singapore districts by appreciation 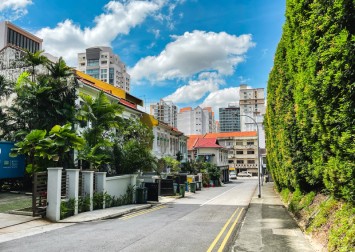 Interestingly, those who sold within three to five years saw the highest proportion of gains.

We’re not sure why; some realtors we asked surmised that, if any units were sold in 2018 or just after, gains may have been lower due to harsher cooling measures.

This seems reasonable, although there isn’t a conclusive way to prove it.

Overall, we can say most two bedroom units have performed “as advertised”, with one reservation: it’s a stretch to call the rental yield “almost the same” or “close” to shoebox units, which average around four to five per cent.

Nonetheless, with the preference swinging toward larger units, and their still affordable quantum, a two-bedder is a good starting point for new investors. The key seems to be lower quantum, leasehold units, in high rentability RCR and OCR areas.