Zhang Yiming, founder and global CEO of ByteDance, poses in Palo Alto, California, US, on March 4, 2020.

The donation will set up the "Meifang Foundation" to assist teachers with advanced education and support vocational education, Longyan's education bureau said in a statement. The foundation will mainly focus on the rural areas in the region, according to a person with direct knowledge of the matter.

Alibaba Group founder Jack Ma, who all but vanished from public view after an October speech that triggered the dramatic suspension of affiliate Ant's $37 billion IPO, surfaced briefly in January, participating in an online ceremony for rural teachers organised by Ma's charitable foundation.

Both Alibaba and Meituan face scrutiny from China's antitrust authorities. China's market regulator fined Alibaba a record 18 billion yuan for its abuse of dominant market position, and announced an antitrust probe into Meituan in April. 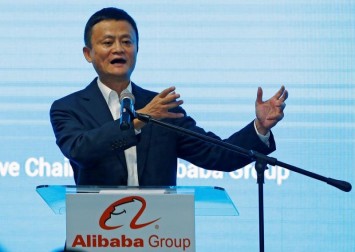 China in recent months has been cracking down on the private after-school tutoring sector, with President Xi Jinping saying schools should be responsible for learning, rather than tutoring companies.

Last month, Zhang unexpectedly announced he would step down as ByteDance CEO, and said he would focus more on the company's long-term strategies and social responsibilities.

Zhang in 2019 donated $10 million to San Francisco-based Minerva Schools and $14 million to the Innovation Fund for Nankai University in Tianjin.