Car subscription or car ownership: Which one will save you money?

Car subscriptions have recently entered the automobile industry in Singapore, allowing people to drive their favorite cars without the high upfront costs that come with owning a car.

Car subscription companies are the first of their kind in Singapore. Unlike traditional methods of leasing a car, car subscriptions allow Singaporeans to rent a car on a monthly basis, with no fixed term contract that binds the buyer to a rental car for a year or more.

Though one of the car subscription's selling points is that you can return it at any time, many of the cars that Carro lends actually have a minimum term of 6 months. With this in mind, you can expect a minimum payment of $10,558 for a Kira Cerato (LX Sedan) — the cheapest subscription available.

In addition to this subscription fee, Carro requires you to pay a nonrefundable $1,000 reservation fee for new cars or a refundable security deposit for used cars that varies per car model.

Similarly, the company charges an optional concierge fee of $99 per month, which accounts for pick up and delivery services when your car is in need of maintenance.

It's important to note that your monthly payment is not fixed. Carro actually determines your car insurance by a pay-per-km model, which is then calculated into your monthly subscription.

So while you don't have to pay an external premium on car insurance or maintenance fees, you may still be responsible for additional costs outside of the base fee advertised on Carro's website.

It's well-known that car ownership in Singapore is expensive. The average cost of a compact car $92,888, which includes the COE — a pricey component of car costs that may even exceed the value of the car.

In addition to the COE, you'll also be responsible for registration fees, road tax, car insurance , and a down payment for your vehicle as your upfront costs.

The total cost of car ownership also depends on your car's depreciation value. Assuming you pay off your car loan, your Mazda 3 Series will still have 51 per cent of its original value after five years, which brings down your total net cost to approximately $52,856 if you decide to sell it.

Similarly, you'll find that your Mercedes Benz has 44 per cent of its original value after depreciation, so your total net cost amounts to $94,949.

It's important to note that car insurance and car loans strongly depend on your needs and qualifications, while maintenance costs depend on the model and maintenance needs of your vehicle.

Therefore, it's likely that you'll end up paying more in running costs for your car, especially if you run into unforeseen accidents.

Where can you save money?

Though, when it comes to subscribing or owning in the long term, we found that you can actually save money by owning, as long as you can sell your car after you've successfully completed your car loan payments.

Additionally, we found that the annual recurring costs of owning a car are actually 22 to 36 per cent cheaper than paying for a car subscription service.

In the case of these two car models, you'll save more money by owning a car if you sell your vehicle right after you pay off your loan (when the value of the car hasn't fully depreciated).

By doing so, you could save 45 per cent and 37 per cent on total costs for your Mazda 3 Series and Mercedes Benz, respectively, as compared to using a car subscription service.

However, the upside of car ownership is that you can have a car in your name for as long as you want, so it may not make sense to sell it after a few years. In this case, it may seem like a car subscription is cheaper. 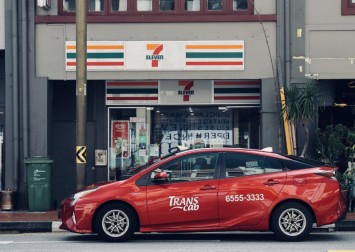 For instance, by the end of the five-year period, you will have saved up to seven per cent to 29 per cent by subscribing to a Mazda 3 Series or a Mercedes Benz than if you had bought the cars.

However, the longer you keep your car, the more expensive car subscription services become.

Over the course of 10 years, we actually found that you'll end up paying 24 per cent to 39 per cent less for your car if you own it than if you subscribe to one (not counting the rebates you get for scrapping).

Between annual depreciation, high up front costs and eventual COE renewals, car ownership may not be as cost-effective as a car subscription in the short-run. Furthermore, the major selling point for a car subscription is that you can trade in your vehicle for a better one when you want to.

This model works well for those who can foresee a need for a different type of car in the future, whether it's time to test out a luxury vehicle or you require more space for new additions to the family.

Thus, when it comes to deciding between the two, it's important to consider not just the upfront costs of the car, but what you want to get out of it as well. If you tend to keep your car for longer periods of time between selling them, owning a car may be more worthwhile.