Cars in Singapore are invariably depreciating assets — but do we regain some ground when COE premiums skyrocket?

Over the past six months, becoming engulfed in fury appears to have become the default reaction to the LTA's fortnightly Wednesday-afternoon announcements.

It's understandable — COE premiums are scaling heights that we haven't seen for at least six to nine years, depending on which category you prefer (or can afford) to shop in.

Never ones to waste the chance for any extra bit of cash, however, some car-owners among us who persist in seeing the half-cup-fullness of the situation have started to wonder if the time is perhaps ripe — for striking a good deal in the used car market.

What's the story behind that?

Starters — back to the basics of supply and demand

We don't want to bore you with a topic that's constantly squeezed and wringed dry of its last drop, but here's a simple recap, theoretically, of how things work.

As COE premiums go up, a new car can start to look like a really bad value proposition, since more than half the money you're paying is based on an intangible cert moulded by the supply pressures of an artificially created system.

More so, this applies to mass market models — or most cars found in the Category A market segment — whose retail prices are largely seen to be reasonable only when they hover at, or below the $100,000 mark with COE.

Finding no sense in giving in to a good battering from strong yet unnecessary financial headwinds, it's not uncommon for many to then turn to the used car market to stake the storm out. In turn, many second hand-dealers, cognisant of the increased demand, seize the opportunity to implement slightly steeper mark ups on the prices of their cars, knowing that these will boast lower annual depreciation rates in comparison anyway.

This is where the inquisitive, profit seeking ones among us come into the picture. If we assume that dealers see the possibility of implementing fatter mark-ups on the cars that they procure, we, as the owners of existing cars, should also see some of those extra margins coming back to us when we transact our cars with them.

And so — this is how the basic theory of higher COE premiums translating into higher resale values for cars goes. At least theoretically.

Before you start the virtual egg-throwing at a statement so self-evident that it may sound ridiculous, let us explain.

Read Also
Turning back time: Here's how to make your COE car look and feel newer 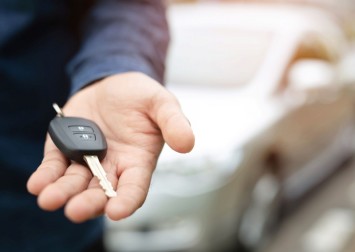 There's a pretty good chance that many among us who are seeking to sell our cars at a profit now still want to drive. Where, then, would we procure a new set of wheels from?

Surely not the new car market.

And so, we return to the second-hand market… in which we find cars that would have higher dealer mark-ups than, say, two-and-a-half years ago. That higher profit margin that you may have just enjoyed from the sale of your own car? That probably applies to the other used car you're now considering as well.

A general, spiritual parallel of sorts we can look towards is the property market. Most of us will note that our places of residence — regardless of size or location — have steadily appreciated in value over the last decade or two. A 20 year-old $450,000 to $500,000 five-room HDB flat in Punggol, for example, would have only cost a whisper over $200k back in the early 2000s.

While the rise may translate on first glance into a fantastic leap in profits, the reality is that everything has become inflated. And if this happens to be your only property, you'll still need somewhere to stay, meaning that you're not really earning as huge a margin as you might imagine once the shifting is done and dusted.

Cars, of course, don't mirror properties since it's highly unlikely (not impossible) for them to appreciate in value. But the notion of a uniform, market-wide increase holds in the current COE premium climate.

While it isn't wrong to think of COE premiums as falling into either the category of expensive or less expensive, the truth is that the idea of a spectrum captures the issue more accurately.

Of course — given the fact that most of us normally lock the deal in as long as the price is good enough, it's impossible to have the prescience of exactly when premiums are at their lowest. Nonetheless, what this means is that even in the 'pre-spike era', buying your car — brand new — at the right time would have reaped you significant savings over someone that had made the purchase just a few months earlier or later.

Let's sidetrack for a moment to the mathematical understanding of depreciation and paper values (the formula factors in both the attached COE premium as well as the car's ARF) with an example.

Which brings us on to our next point…

When comparing against current COE premiums, it is probably those owners that made the leap when COE premiums were at rock bottom (hyperbole, folks — we know they're never at rock bottom) that probably stand to gain the most now when closing a sale.

Read Also
What went on the last time COE prices were at record highs? 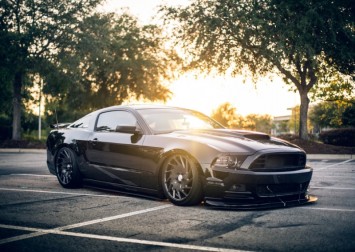 A quick scan of Used Car listings shows that Elegance variants of the Corolla Altis sold between the late-2018 to mid-2019 currently retail with annual depreciations ranging from $9,500 to above $10,000.

While the mark-up is already evident, these are nonetheless still significantly lower figures than $12,000-ish annual depreciation for a brand new Corolla Altis Elegance — its new platform, tech and features notwithstanding, naturally.

That's the first part of the picture. The second part, of course, concerns your next course of action after selling your car.

Those who are turning fully to public transport and ride-hailing, and thus have no need for a car anymore, will certainly find themselves in the best position to sell their cars now.

But those who are seeking to downgrade their vehicle (from a mid-size SUV to a compact hatchback, perhaps) may also channel the slightly fatter margins to their next second-hand, or even brand new purchase. Think of it as slightly better cashback, rather than actual profit-making.

Naturally, with the used car market it's often important to remember that demand (and thus, the asking price) tends to fluctuate across different models. Evergreen cars that have wide-reaching appeal stand to gain more, as well as cars that fall within certain niches — like the turbocharged Honda Civic Hatchback (both the 1.0-litre engine and 1.5-litre engine ones).

To return to our original question, it's more than likely that the COE premium climate of today will help many of us regain some ground against the heavy forces of depreciation.

But as we've mentioned, caveats still remain. The most important is the same reality of car-ownership in Singapore: There's no changing the status of cars as financial liabilities. Only the degree of depreciation tends to oscillate, and while that's certainly pointed in our favour currently, proceeding with caution is still necessary.

As a further baseline to consider, a variety of reasons tied to the condition of any car can affect its value, including the certifiability of regular servicing, the general upkeep of the car inside and out, as well as the mileage clocked.

Of course, don't take this as a sign not to try — you'll never know how much your car can fetch till you actually put it out there on the market.

If you're not looking to part ways with it, then — as they say — keep scrolling (er, actually, we're done). If you are, then there are many ways in which you can sell your vehicle, such as getting a best-price valuation through Quotz, listing it on our Used Cars platform, or finding an agent to consign it for you.

READ ALSO: Should you trade-in or sell your used car?