China's biggest developer Evergrande is $300b in debt: Here's what overseas property investors need to know

Evergrande is China’s largest property developer and – at this point – possibly its largest real estate disaster.

All of this has happened at a rapid pace – from red flags raised in 2018, to the risk of stalled construction and massive investor losses this year. This should also be taken as a warning of what can happen, if you jump into overseas properties.

But first, for those of you who are unaware, here’s the video that has been making its rounds on social media:

And well, here’s a condensed timeline for those interested in the background of the current situation:

Evergrande is the biggest real estate developer in China (according to Mingtiandi) by revenues in 2020, and has completed nearly 1,300 commercial, residential, and infrastructure projects so far.

Their assets and equity have been booming over the past few years, but not in the way of its net income. There are many reasons mooted for this, but one major one was they seemed to be one of over-leveraging.

It’s now estimated that they’ve managed to rack up nearly USD $300 billion in debt, and a staggering 1.4 million properties that it has committed to complete – around S$270.75 billion in pre-sale liabilities, as of the end of June.

While this is still up in the air, hope is also diminishing that the Chinese government will bail out this company.

So what should Evergrande’s situation make us aware of?

In China, as in Singapore, you pay a deposit to secure your unit, even if it hasn’t been built yet.

Those who bought Evergrande properties – of which there are around 778 projects in 223 cities as of 2020 – trusted the developer to finish work. But as of last week, Evergrande has begun halting construction work.

Evergrande’s suppliers and contractors need to be paid; and because the company is no longer stable, they’re unwilling to extend credit. In an extreme case, this could result in the project being suspended. 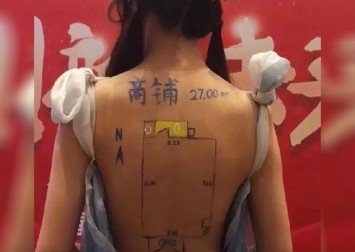 While that hurts for the contractor, the main losers are the property buyers. Their deposit is stuck, with construction that cannot – and may never – be completed.

The only “escape” is if Evergrande can sell more unbuilt units, thus funding continued construction. But who would buy property from a developer, who is on the verge of suspending projects? No one wants to take that risk.

This results in a downward spiral of declining sales, as Evergrande shows it can’t finish projects, and more project shutdowns as sales fall.

We have seen this happen in Singapore too, but it’s very rare

The last time this happened was in May 2019, when a developer was unable to complete Laurel Tree and Sycamore Tree condos. There wasn’t money left to pay the contractor, and buyers stood the risk of losing their deposits, with nothing in return (there has been no further news on the situation).

We can, at the very least, be assured that such cases are uncommon here. Property developers are vetted by the government, and need to show sufficient levels of capitalisation, safe amounts of debt, etc.

When you buy overseas, keep in mind you don’t know how strict their authorities are. It’s entirely possible that the developer doesn’t have the capital to finish the project; and is desperately seeking sales to fund it.

Be especially wary if the foreign developer is the one reaching out, via seminars or ads. If they have a good project in high demand, why aren’t the locals buying it? Why do they need to come to you?

2. If a developer fails, you don’t know who will take over

What happens if Evergrande goes bust, and can’t complete a project? It’s likely other developers will move in and finish it up if it’s to their advantage. This means that – if you pick a developer who can’t see it through – you don’t really know who you’ll end up with next.

It may be another trusted name, or it may be a first-time developer, that sees a chance to execute its first project at a huge margin (which makes buyers their guinea pig).

Read Also
Is this a bad time to buy a property? We analyse 264 transactions from the 2013 peak to find out 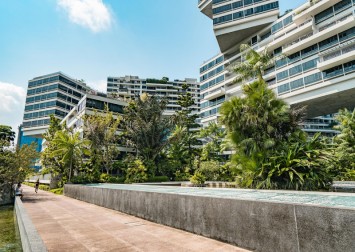 This is worse when it happens overseas, as you don’t know the laws there. In some cases, the developer taking over may be allowed to charge more than the existing project – this could mean asking you to fork over more money, if you want your unit completed.

There may not be contractual terms that prevent the new developer from changing plans; they might reduce the number of facilities, shrink parking spaces, use cheaper finishing on the different units, etc.

Delays are also inevitable, as a new developer often wants to change the main contractor, or several of the sub-contractors. So even if another firm steps in, you’re likely to incur costs.

Pursuing legal action in Singapore is already tough. Imagine if you have to do it in China because you bought an Evergrande project; or in some other legal jurisdiction.

Even if you can find a lawyer abroad, fees are likely to be steep – and it may get frustrating to communicate over different time zones, have documents translated, or in some cases fly down in person.

Bear in mind that foreign property sellers, when they come to Singapore, may not be bound by regulatory bodies.

For example, say you go to a property seminar, hosted by a foreign sales team. As the sales team are not local property agents, they are not under the eye of the Council of Estate Agencies (CEA).

All the rules that CEA imposes – such as the need for full disclosure, proper licensing, sales commissions, and so forth – are not enforced. No one steps in if these sellers misrepresent the property, or outright lie.

This creates an unfair situation, where you have to buy without proper information.

4. Size and branding may just further the deception

Most property buyers are smart enough to avoid “fly by night” real estate companies. These tend to be small and obscure. However, Evergrande was China’s second-biggest real estate developer; and one of the biggest on an international scene.

The size of the company, and its branding, prompted buyers to be less cautious. Even now, some are making the assumption that China has to bail out Evergrande, so there’s a limit to their losses.

If it turns out that’s not true. then the company’s size and brand have simply fuelled a lack of caution.

Overseas property is not the best idea, for new investors

Before you buy property in another country, you should be prepared to take on a greater level of risk. You need to ensure that – if the property can’t be completed, or there are significant policy shifts abroad – you will not derail your financial plans. Only buy what you can afford to lose.