A Chinese national is said to have bought 20 units at CanningHill Piers, a condominium along the Singapore River, for more than S$85 million, Lianhe Zaobao reported on Thursday (Jun 2).

A Chinese national is said to have bought 20 units at CanningHill Piers, a condominium along the Singapore River, for more than $85 million, Lianhe Zaobao reported on Thursday (Jun 2).

The buyer, who is from Fujian, China, is also said to be considering 10 more units, which would bring the total transaction to more than S$100 million, according to Zaobao.

The deal was brokered by ERA Realty Network, which declined to comment on the deal, Zaobao said.

Zaobao noted that if the buyer goes ahead to purchase 10 more units, the transaction is expected to contribute about $30 million in stamp duties under the new property cooling measures.

As part of the measures introduced last year to cool the property market, foreign buyers have to pay a 30 per cent Additional Buyer's Stamp Duty, up from 20 per cent previously.

The money used to pay for the units was transferred from Indonesia into Singapore, according to industry sources familiar with the deal, Zaobao reported. 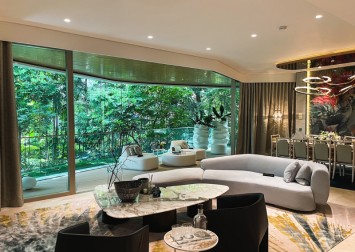 CanningHill Piers, a 99-year leasehold luxury residence developed by CapitaLand Development and City Developments Limited, will be part of the integrated redevelopment on the former Liang Court site when completed in 2025.

The condominium fetched S$48 million during its launch weekend, with homebuyers snapping up a total of 538 units - or 77 per cent - out of the 696 units at an average selling price of around S$3,000 per square foot.

Including the 20 units bought by the Chinese national, 639 units would have been sold in total, making up 92 per cent of the total number of units, Zaobao said.