Developers are quite open about which stacks are “premium” – ask at a new launch, and the sales team will probably tell you outright. This comes with the usual host of justifications, such as a better view, or better facing. For owner-investors however, a common question is whether the premium is worth it. Many a buyer has paid more for a nice view , only to see the same gains as any other owner. In this article, we examined some specific cases:

How we gauge the value of “premium” stacks

For the following condos, we first identified the developer prices at launch. The tables below show which stacks had premium pricing. Note that we excluded the top and bottommost floors from the average, to avoid distortions from penthouse units, or ground floor units with Private Enclosed Spaces (PES).

After that, we tracked the current prices today, to determine whether the premium stacks had actually appreciated better.

For example, consider Foresque below. We can see that stacks 3, 5, 13, 14, and 15 were priced higher, at the time of launch. This corresponds to some of the features of these stacks: there is no impeded from stacks 5, 14, and 15; and these provide a pool view.

Note that it isn’t exact, as developers’ reasoning for pricing some stacks higher is not always clear cut (it can sometimes be due to nothing more than demand; prices may even rise or fall if buyers seem to want, or avoid, a given stack).

In fact, some examples show they could be detrimental to gains.

In the case of Foresque Residences, for example, premium-priced stacks with an unblocked pool view saw average losses of 5.75 per cent, while those with an unimpeded view of the tennis court area saw the worst average loss (down over 9.7 per cent).

Do note that, among premium stacks at Foresque Residences, an unblocked pool view also fared worse than a partly blocked pool view. The latter managed to at least break even, rising by a minuscule 0.02 per cent.

Conversely, stacks without premium pricing – and facing an opposite condo – saw average gains of around 4.4 per cent.

This is repeated again in Flo Residence.

Here, premium stacks at least didn’t show losses. However, they all posted worse gains than their non-premium counterparts; even those with significantly worse views.

The best views – the river-facing premium stacks – only saw average gains of around 6.2 per cent. Conversely, stacks facing nearby HDB blocks, which commanded lower initial prices, saw the highest average gain of around 14 per cent.

Don’t underestimate the gap in premium versus regular pricing, at the time of launch.

A glaring example is Foresque Residences, where we can see premium-priced stack 15 (pool view) had an average of $1,168 psf, whereas stack 22 (facing the opposite condo) was at just $1,054 psf.

Both these stacks feature broadly similar three-bedder units, so the difference in view/facing was a key difference. However, the price gap at launch was close to 11 per cent, which explains the lower ultimate gains for such premium stacks.

The takeaway for investors here is to focus on the bottom line.

A premium stack might be worth the price for pure home buyers, who are interested in living with a good view. But it’s not great for investors who pay a higher price, make a bigger cash outlay, and are likely to see lower returns.

The examples also suggest buyers are less fussy than assumed, about facing other condos or HDB flats

Perhaps it’s because Singapore is an urban jungle, and we’ve accepted there’s always going to be a tall building somewhere on the horizon. Whatever the case, our widely-held assumptions about blocked views may be overblown.

In the above examples, views blocked by HDB flats and other condos show good appreciation; sometimes even better than partial waterfront views (e.g., Flo Residences).

Buyers often express a preference for certain views, but their behaviour shows it doesn’t go beyond that – it’s a preference and not a must. Considerations of affordability, location, and other fundamentals still trump which direction the window points.

It can be hard to understand what goes in the developers’ minds sometimes; but you do sometimes find stacks that have terrific views, but no premium pricing. In Flo Residence, stack 27 seems to have premium pricing ($917 psf), whereas stack 28 doesn’t. And yet, both stacks are primarily two-bedders, with river-facing views.

As such, we’d advise against the assumption that a premium-priced stack or unit is somehow better. Don’t trust that the developer is always right in its pricing. Sometimes it may just boil down to how the translation of the space in reality just isn’t as nice as envisioned on paper.

Ultimately, bear in mind that future buyers may not care about the view, or that views can change

Did you know that some buyers start their search from units with the worst views?

This is because they’re the sort who keep the curtains drawn most of the time, or don’t spend too much time at home. As such, a worse view is irrelevant to them – and they get the same facilities and locational advantages, while paying substantially less than other buyers.

Read Also
Are good views worth the premium? Here's a short study on 6 different condominiums 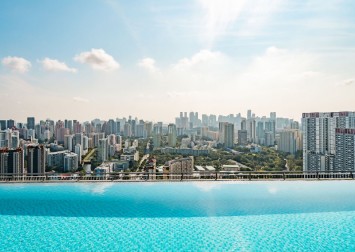 (Based on the tables above, it now seems that many of them may also realise better gains because of it).

Owner-investors should keep in mind that future buyers may have this same attitude; and they will discount a good view as casually as they discount your renovations. So unless your views are of something truly special such as an unblocked view of the sea, or the Marina Bay area, don’t always assume that premium will hold.

Besides this, we’ve pointed out the importance of consulting the URA Master Plan . If there’s an empty residential plot near your condo, your unblocked sea-view may end up facing the rear of a new development, in about five to 10 years. This will completely squander the premiums you paid for a better view.

This may be a consequence of improved design over the years

Over the decades, developers have gotten a better sense of what buyers prefer. Unlike the 1970s and ‘80s, for example, we no longer have units that directly face the garbage dump, or units directly facing MRT tracks (cue rattling windows).

Likewise, most developers are careful to avoid the East-West alignment (due to sun glare), and now have some degree of co-operation with each other. As far as possible, they try to build in a way that accommodates existing or upcoming developments. 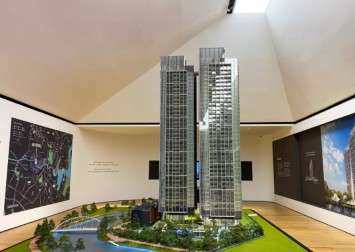 This could be a factor in why buyers are less emphatic about the view: even the worst facings in today’s developments are still passable. Consider it a plus point of choosing a new launch in 2021.

Lastly, do note that what has occurred in these two resale condos are just specifically for these two developments. Not every project will behave the same way, and as such, you should always do your due diligence before going ahead with any purchase.

As with most things in real estate, you can’t always apply a generalised statement to everything – every development will have its own quirks and performance.