Despite nearly 1 in 3 deaths attributed to heart diseases or stroke, Singaporeans are underinsured when it comes to critical illness. In this article, we break down critical illness and early critical illness plans to help you figure out which one you need in your portfolio.

What is a critical illness

In August 2020, the definition of critical illnesses in life insurance policies was changed to provide greater clarity. There are currently 37 critical illnesses listed on the Life Insurance Association (LIA) Singapore’s industry list.

The five most prominent critical illnesses include:

Over 90 per cent of all severe stage claims received by life insurers in Singapore are for the five critical illnesses listed above.

One thing to note is the definitions of the listed 37 critical illnesses typically refer to the illness at its late stages. For example, kidney failure has to be at the end stage where there is chronic irreversible failure of not just one, but both kidneys.

What is a critical illness plan and what does it cover?

This payout can be used for hospital treatments and medical expenses, especially if they’re not covered by MediShield Life or your Integrated Shield plan.

It can also help to cover living expenses and the potential loss in income or savings when you contract a major illness. For example, if you were to take a break from work or if you incur additional expenses due to your illness.

This lump sum can help you to reduce your financial burden and allow you to focus on recovery. Hence, some view critical illness plans as a supplement to health insurance, which helps to cover your medical costs.

You can purchase a CI plan on its own, or as a rider to your term or whole life insurance plan.

Key features of a CI plan:

For example, for a non-smoking male aged 30, you can get $500,000 coverage at just $701 a year with HLAS. The payout and sum assured would differ depending on the plan purchased. It can also provide payouts when you relapse or if you’re diagnosed with another major illness

What else can it include?

What is an early critical illness (ECI) plan and what does it cover?

You receive lump-sum payout when you’re diagnosed with a covered critical illness. Similar to a CI plan, this lump-sum can be used to help you with any financial outlay you incur from contracting the illness. For example, you might have to take health supplements, rely on walking aids or incur transport costs when making trips to the hospital.

Unlike CI plans, ECI plans have lower payout amounts. However, they can be claimed multiple times. ECI plans can be purchased as standalone plans or come as a rider.

Key features of a ECI plan:

What else can it include?

When does it pay out: You will receive the payout upon diagnosis of any one of the covered conditions that can span the various stages of critical illnesses.

TL;DR: Which do you need?

Both CI and ECI plans aim to provide financial support in the event you get diagnosed with a critical illness. This not only helps to cover medical costs, but also financial repercussions such as being unable to work for an extended period of time or additional lifestyle expenses. The payout given would help to cover a gap that is not met by your hospital plan, term or whole life plan. 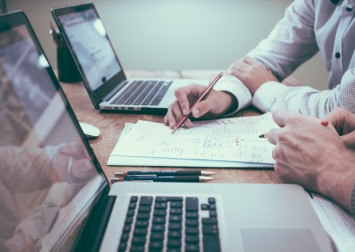 The final factor to consider is the cost. CI plans tend to be more expensive than life insurance plans and ECI plans are even more taxing on the wallet. If you’re tight on cash and are choosing between the two, you could consider purchasing a CI plan first, before purchasing an ECI plan as a supplement in the future.

If and when your finances allow, having both CI and ECI plans in your portfolio provides more holistic coverage. You can also go one step further by getting yourself covered for cancer with a cancer insurance plan.