Cuscaden Peak seeks to win over shareholders in tussle for SPH

Under the restructuring proposal, SPH Media will eventually be transferred to a not-for-profit entity for a nominal sum.

Cuscaden Peak, which trumped a bid to take control of Singapore Press Holdings (SPH), is seeking support from SPH's shareholders to vote against its rival's offer as it aims to seal the deal, a senior executive told Reuters.

Keppel offered $2.351 per share or US$2.8 billion (S$3.79 billion). The two groups are vying for control of SPH's global portfolio of property assets, student accommodation and elderly care homes.

Cuscaden — a consortium of billionaire property tycoon Ong Beng Seng's Hotel Properties and two independently managed portfolio companies of Temasek — will need SPH shareholders to first vote against Keppel's offer at a meeting next month, before a second vote later in favour of its own bid.

"We would be definitely be reaching out to shareholders," Christopher Lim, Hotel Properties' group executive director and representative of the consortium said on Tuesday. 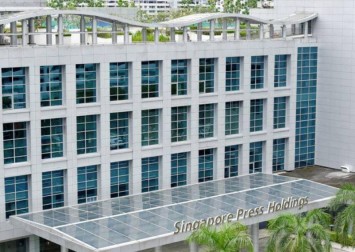 SPH and Cuscaden have also entered into an implementation agreement and SPH's independent directors have preliminarily recommended the deal to shareholders.

It's "unprecedented" that SPH shareholders will get to vote first on Keppel's "inferior" bid, said Lim.

He pointed to paid advertisements and social media as platforms Cuscaden would use to get the consortium's message to shareholders.

Keppel on Tuesday said it has already obtained regulatory approvals and its offer has a quicker path for the deal to be completed.