For instance, shares in DBS have risen around 23 per cent versus the STI’s decline of some two per cent. DBS is currently the best-performing bank over the past year.

Increased optimism about Singapore’s economy mending with the vaccine roll-outs could have helped to lift investor sentiment.

In fact, Singapore’s Ministry of Trade and Industry projected our country’s gross domestic product (GDP) growth for 2021 to be around seven per cent, compared to a contraction of 5.4 per cent in 2020.

However, the Singapore stock market has taken a breather over the past few days as news emerged that the new Covid-19 variant Omicron may be of concern.

With the banks’ share prices falling of late, investors who have the long term in mind could be wondering: Is there value in the banks at their latest stock prices?

First, let’s look at the biggest bank of ’em all, DBS.

Here’s a quick analysis of DBS’ past valuation:

DBS is currently trading a share price of $31.00 on Nov 29. This translates to the following valuations:

In July last year, the Monetary Authority of Singapore (MAS) called on local banks to cap their total dividends per share for 2020 at 60 per cent of 2019’s dividends.

However, at the end of last month, Singapore’s central bank announced that the dividend restrictions on banks will not be extended.

Following the full lifting of regulatory restrictions, DBS increased its 2021 second quarter and third quarter interim dividends to $0.33 per share each, up from $0.18 per share a year ago.

DBS is the only bank to pay a quarterly dividend.

Here’s a quick look at OCBC’s past valuation:

Assuming OCBC pays a final dividend of $0.28 per share for the 2021 fourth-quarter (similar to the final dividend in 2019’s fourth quarter), OCBC’s dividend yield comes up to 4.7 per cent.

Here’s a quick analysis of UOB’s past valuation:

UOB shares are changing hands at $26.53 each on Nov 29. This translates to the following valuations:

Assuming UOB pays a final ordinary dividend of $0.55 per share and a special dividend of $0.20 per share for the 2021 fourth-quarter (similar to 2019’s final quarter), UOB’s forward dividend yield comes to 5.1 per cent.

Putting it all together

Income investors would especially love the banks after the lifting of dividend restrictions by the MAS in July this year. 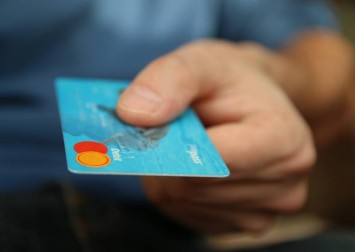 It’s also worth noting that the banks’ dividend yields are above Singapore’s long-term average inflation rate of around 2per cent .

In terms of PE and PB ratios, the banks generally seem to be either fairly valued or overvalued.

The recent Omicron variant is something to watch out for as we look ahead.

A resurgence of virus cases could see us scaling back on our re-opening plans, causing the banks’ share prices to fall further.

Investors who are considering investing in Singapore banks for the long run must be able to stomach this volatility.