Executive apartment in Hougang sells for $1.073m, is the estate's first million-dollar flat

An executive apartment in Hougang Central was just sold for $1.073 million, marking it as the first of its kind in the non-mature estate of Hougang to transact for over a million dollars.

Kum Soon Ho, an agent with Propnex, facilitated the transaction. He shared that the unit was on the open market for less than a month before it was snapped up.

Ho ran a video tour of the unit on various portals and social media sites, generating buzz among those looking for a resale home.

Despite the asking price being well above the million dollar mark, the flat generated healthy interest with multiple enquires pouring in and more than ten groups of buyers viewing the unit over two weekends.

The buyers who eventually purchased the flat made an offer within the first viewing.

Built in 1999, the 1,485 square-foot unit is a single-floor HDB Executive Apartment.

This flat type is considered a bit of a rarity thanks to its generously-sized living space compared to the standard five-room flats of today, which usually has a maximum square feet of 1,290. HDB phased out executive apartments in the early 2000s. 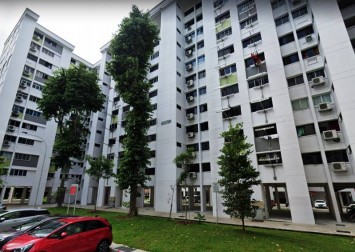 The previous homeowners of the Hougang flat were a young family who was instrumental in the sale by engaging in friendly conversation during the viewings.

While some unlucky residents have to contend with nightmare neighbours, this posed no issue as the surrounding units had conscientious neighbours who kept their living space and common corridors sparkling clean and free of clutter.

Other factors that helped the unit cinch a high price were also its gorgeous renovation and well-kept interior.

Wooden flooring gave the kitchen and living area a distinct separation, while the marble flooring and recessed ceiling lights lent a luxurious feel to the apartment.

The open-concept kitchen was done tastefully in an all-black colour scheme along with a built-in oven and hob, giving the space sophisticated simplicity.

While the unit is located in a non-mature estate, its connectivity is unbeatable – it sits just a three-minute walk from the Hougang Central bus interchange and Hougang MRT station.

Furthermore, with the Cross Island Line (CRL) underway to form an interchange in Hougang, residents can expect improved connectivity and shortened commuting times by up to 20 minutes to Serangoon North, Tavistock and Tampines North.

For amenities, Hougang Mall is just a six-minute stroll away, with over seven floors boasting over a hundred retail stores and services such as FairPrice, SingPost and a library.

The 16-hectare Punggol Park is also close by (a 13-minute walk), offering a respite from the hustle and bustle with a tranquil pond and lush greenery aplenty.

Ho agrees that the prime combination of connectivity, amenities and the rarity of the HDB type enabled the flat to command a higher price.

Over the past five years, there have been more executive apartments in non-mature estates exchanging hands, with a price appreciation of a healthy 22.56 per cent. 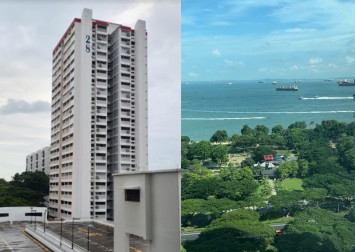 All the million-dollar records notched so far are that of either five-room flats or executive apartments, suggesting that more people are willing to pay more in exchange for a larger living space.

While Hougang is the ninth player to be inducted into the million-dollar club of HDB flats in a non-mature estate, it definitely won't be the last.

Ho also has no doubt that there can only be more million-dollar transactions in non-mature estates, especially when marrying a powerhouse marketing team with a well-kept unit in a good location.