Earlier in July, it was reported that a 47-year-old HDB flat in Marine Parade was sold for $1.01 million, making it the first million-dollar resale flat in the estate. But the estate is not the only estate recording its first $1 million sale last month.

According to a flash report by 99.co and SRX on the HDB resale market in July 2022, Bukit Batok has recorded its first $1 million sale.

This also means that Bukit Batok is the fourth non-mature estate to join the million-dollar club, after Hougang in 2018, Yishun in Feb 2022 and Woodlands in May 2022.

Last month also saw a new record for the most expensive HDB resale flat ever sold. A five-room HDB loft apartment at SkyTerrace@Dawson was sold for $1.418 million, surpassing the previous record of $1.4 million set by a five-room flat at City Vue @ Henderson.

This marks the second-highest number of million-dollar flats sold in a month, with the monthly record currently at 36 in Dec 2021. While the increases are small, there seems to be a trend that the monthly record will soon be surpassed.

Nevertheless, these flats form a small percentage of the total resale transactions in July at 1.4 per cent. 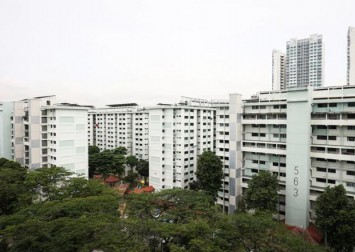 Last month also saw a resurgence in the resale market, with a 10.5 per cent month-on-month increase in resale transactions. At the same time, it should be noted that June has traditionally been a slower month due to the school holiday.

However, when looking at the yearly transaction figures, resale volume was down 11.3 per cent. This could mean that demand may have been diverted to the HDB BTO/SBF exercise as completion timelines improve.