The future of digital real estate and the metaverse: Should you invest?

The Metaverse is the latest buzzword, with some investors now rushing to buy digital real estate. As with most novelties, the current buyers are trying to get in on the ground floor – purchase while the public is still skeptical and prices are low, and hope for the virtual land to appreciate. However, is digital real estate truly still “real estate”? And how useful is it as an investment?

What is the Metaverse?

It refers to a collection of different technologies – ranging from augmented reality to video – which allows you to live in another (digital) universe. Sorry if it sounds vague, but that’s because it is.

If you’ve watched Ready Player One though (or have played the Second Life), you’ll have a general idea of what it means: a shared online space, where goods are produced and traded, real social interactions take place, and digital real estate can be bought and sold.

Imagine, for example, being able to visit a virtual store from the comfort of your physical bedroom, try on clothes, and buy them (either digital skins, or real clothes that will get shipped to your door). Or being able to attend a concert with friends from the other side of the world, without leaving home. (Gucci is already selling augmented reality (AR) sneakers for $11.99 USD).

Some of you may think this already sounds pretty familiar, and that’s because we’ve talked about it since the 1990’s. The only difference is that now, with improved online connectivity and processing power, it’s increasingly viable to have a digital parallel to our world.

Investing in digital commodities, like Metaverse real estate, is an attempt to get in on it before it goes big, goes mainstream, or whatever term you want to use.

We have existing models of how this might work

In terms of digital real estate, early MMORPGs have shown how even technically infinite space can translate to real estate values. Back in 2010, for instance, digital real estate in the Entropia MMO sold for US$635,000. Even before that, Ultima Online already had players paying real cash for digital houses.

This does, of course, raise the issue of how real estate can be valuable, when it’s technically an infinite resource in the digital realm. The answer is that, Metaverse or game or physical reality, you can create scarcity value. Decentraland, for example, is 90,000 parcels of land, with each parcel roughly 50 feet by 50 feet. So there is some kind of built-in monetary investment scarcity that something like Bitcoin offers.

In a game, for instance, lack of housing means players have nowhere to keep their digital inventory (just like in real life, you need somewhere to put all your stuff). As long as the digital map is packed and fully owned, players will start paying more and more for that digital space. 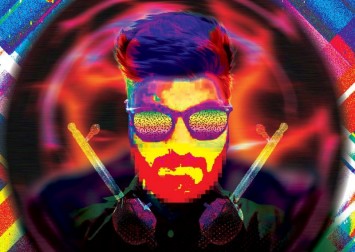 Outside of this, digital spaces can correspond to physical “hot spots” in terms of traffic.

We know, for instance, that a site like Hypebeast has way more visits than some obscure private blog. In the same way, some digital locations will draw far more visits. A recent example of this is again Decentraland, where an estate in the virtual fashion district sold for about US$2.5 million in MANA (MANA is a digital currency, but has a real-world exchange rate). If it’s the most visited and popular virtual world, there is definitely value in owning a well-trafficked space.

Another way to look at it is that the Metaverse is a combination of real estate and a social network. Early advocates believe that some of these will go on to become the most valuable social network in the world, possibly even surpassing Facebook, WeChat, and WhatsApp because the metaverse will not just be a communication tool.

It’s very much like physical real estate, for example – those who bought into Punggol very early on would have reaped the benefits since. To some, it may be a gamble, but everything works on demand and supply.

Some factors to consider in Metaverse real estate

This is a long list, but we’ll keep it down to the basics:

1. No guarantee everyone wants to wander around in there

There are plenty of virtual wonderlands out there, from online games to private meeting spaces. You have no way of knowing if the one you pick is going to be popular and stay that way.

For example, if you spend the equivalent of $50,000 on real estate in Decentraland, then you had best hope it stays popular. There’s every chance that not everyone enjoys wandering down digital streets that are plastered with advertisements or will give up their current virtual hangout to go there.

(E.g., someone playing an MMORPG for 70 hours a week may not quit their Guild raid or whatever, to wander around in Decentraland; they already have an alternate world of choice).

We do know that people love social media, gaming, and hanging around online; we don’t know if they want to spend their days wandering digital Orchard Road.

The Metaverse primarily hinges on cryptocurrencies, for trading within the community.

There’s a reason why Elon Musk stopped taking Bitcoin for Tesla, and that’s because it ran contrary to the green objective. Bitcoin, for instance, consumes more power than many small countries like the Czech Republic or Greece and has higher carbon emissions than some airline companies.

Whether or not you’re an environmentalist, this is a concern due to regulatory impact. If, for instance, regulations inhibit or heavily tax the use of cryptocurrencies, this could have an unpredictable impact on assets like digital real estate.

Some investors may also dislike being used to support the digital assets of others. There’s a good reason why the Metaverse is heavily supported by those who hold cryptocurrencies: they want to create an environment where the use of those currencies can be validated (mass adoption of cryptocurrencies, in the real world, has been slow).

You are, in essence, helping to support the value of their digital assets; and you’re doing it with your own wallet.

3. If it takes off, taxation becomes an issue

Amid the media excitement over the Metaverse, there’s a polite evasion going on:

A large part of the interest comes from issues of taxation. There’s no stamp duty on digital real estate; nor is there a property tax, even if the digital space is rented out to a major business paying $10,000 a month for the space.

For countries where wealth taxes are a real concern, you can see how this would prop up the value of digital, versus physical real estate.

For now, a lot of it flies under the radar; governments are notoriously slow to process tech novelties. However, those who buy now have to consider what happens if later on, taxation does start to apply.

It’s the equivalent of buying property just before a measure like the Additional Buyers Stamp Duty (ABSD) kicks in. Sudden heavy taxation can take the wind out of the sails, and leave few buyers for your virtual wonder space.

While virtual real estate has been around for almost 20 years (albeit in gaming form), it can still be considered a new concept. As such, there isn’t any useful precedent in figuring out how prices will move – and this should be considered a high-risk, high-return investment.

It can’t truly be compared to conventional real estate in Singapore, which is a long-term, generally lower-risk asset. At best, it may bear some similarities to fringe, high-risk property investments, such as buying up very old properties and betting on an en-bloc.

Speak to a qualified financial advisor for help; but if the strategy is anything similar to fringe property investments, you’ll want only a small portion – such as five per cent of your portfolio – put into something so volatile or seemingly uncertain at this point (that’s not a guideline we’re giving you, just an example; speak to a professional about your asset allocation).

Does anyone remember sites like Metacafe, Heavy.com, Guba or Break.com?

But today, these sites are mostly dead in the water. And YouTube has gone from strength to strength. From an acquisition from Google that some felt was overpriced for $1.65 billion in 2006, to today where revenues have nearly reached $20 billion (as of 2020).

Seeing the trends of anything virtual and how things are shaping up (Facebook rebranding to Meta is a huge indication), we do think that the metaverse is almost an inevitability. If you’re in this space looking at it from an investment standpoint, it’s more of a question on which world to bet on. Would someone like Decentraland be the winner? Or would it be The Sandbox? Or would it be neither of the multiple options out there, with the winner yet to truly emerge? It’s really still anyone’s guess at this point. 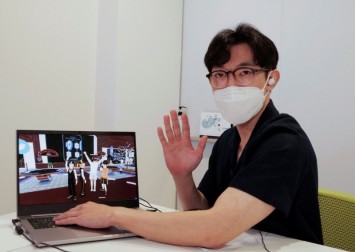 It is similar to the situation back in 2006. You could have picked any of the top video platforms, but if you backed the wrong horse in this race – you’d be looking at the same scenario as today – a negative return on investment.

Ultimately for us, there’s still some way to go before the technology really catches up and the mainstream adoption is really there. From the support of mixed reality glasses to 5G networks, to widespread AR devices – there are still various fronts to be improved on.

For now, we’ll leave you with this stunning video of how the future could look like:

For more on developments in the real estate market – and the offline Singapore private property market, follow us on Stacked . We’ll also provide in-depth reviews of new and resale properties alike. Is digital real estate going to be the future? Let us know in the comments below.