If you know about the property market, you don't need reminding that the Good Class Bungalow (GCB) is the rarest housing one can get in Singapore.

Unsurprisingly, that brings with it a hefty fee.

Grab CEO Anthony Tan would know, given that he and his family recently bought a GCB in the Bin Tong Park for $40 million, The Business Times reported.

The property, located in District 10, was sold to the Tan family by a doctor and the deal was struck a couple of months back.

According to the publication, it was Tan's wife, Chloe Tong, who made the purchase. 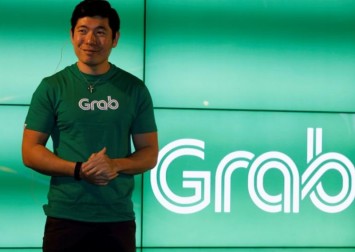 The freehold bungalow was built in the 1990s and the couple is expected to redevelop the property.

According to URA Realis, there are 53 GCB deals totalling $1.15 billion in the first half of 2021 alone. This number has already exceeded that of 2020, where 46 deals worth $1.1 billion were struck.

This is not all that surprising as Senior Associate Executive Director of OrangeTee & Tie, Stuart Chng, predicted last year that wealthy buyers will be on the lookout for good GCB deals.

Tan, 39, was born in Malaysia. He became a Singaporean citizen in 2016, thus easing the process of him purchasing a GCB.

The new $181 million headquarters, located at One-North business park, is Grab's largest research and development centre and can house 3,000 employees.

Tan, who holds 2.2% shares in Grab, could also see his fortune surge after the company goes public in the US through a SPAC deal later this year, Bloomberg Quint reported.

Just a week ago, another CEO in Singapore made headlines with a GCB purchase.

Ian Ang, co-founder and CEO of gaming chair manufacturer Secretlab, bought two properties worth $51 million – one of them is a GCB in the Caldecott Hill Estate.

There are about 2,800 GCB plots in Singapore, making these spacious homes the most prized private properties here.