HDB BTO launches in non-mature estates have the reputation of being cheap but ulu.
The November 2020 batch of launches is no different.

BTO flats in non-mature estates are significantly more affordable than their mature-estate counterparts as, to put it bluntly, they are in areas that are less attractive — for the moment at least.

These estates are generally newer or still under development.

That means there’s a chance you’ll have to put up with lots of construction in the area for years to come.

Often, it also means there are fewer established businesses, eateries, schools and transport links around.

Non-mature estates also tend to be in areas considered ulu, which is inevitable as all the land around the city core has already been developed.

Buying a BTO in a non-mature estate is a long-term game.

You have to be prepared to let the neighbourhood evolve into a more vibrant one over a number of years.

If you have the patience to do that, you get to take advantage of the much more affordable prices.

Here’s an overview of the two BTO launches in non-mature estates taking place in Nov 2020.

*Prices are based on SRX’s HDB BTO pricing estimates. The actual prices will be released later.

Located in Sembawang and Tengah, both of the projects are quite a distance from the CBD.

If you have to rush to your office at Raffles Place by 9 every morning, good luck, as it’ll take you about 50 to 60 minutes to get there by public transport from either of the BTO projects.

On the other hand, if you’re just looking for an affordable place of your own and aren’t too fussed about the location, these BTO flats are some of the more affordable homes in Singapore.

Sembawang, in particular, looks set to be a good deal. 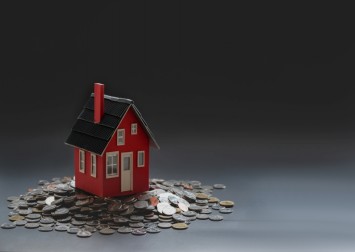 The location, while far from the city centre, is not that bad, since the project is within walking distance of Sembawang MRT station.

The project, which consists of 720 2-room flexi, 3-room, 4-room and 5-room flats, will be within comfortable walking distance of Sembawang and Canberra MRT stations on the North-South Line.

But since they’re located right next door to each other, we’ll treat them as one project of 1,570 units here.

This project looks less attractive in the short-term, as Tengah itself is pretty much a wasteland that’s only starting to be redeveloped into a housing estate.

As a result, the nearest MRT station Bukit Batok is over 3km away.

But when the Jurong Region Line opens in 2026, there will be an MRT station less than 5 minutes’ walk away.

And by 2027, there should be another. 2026 might sound far away, but by the time you actually collect the keys to your BTO flat, we’ll be halfway there. 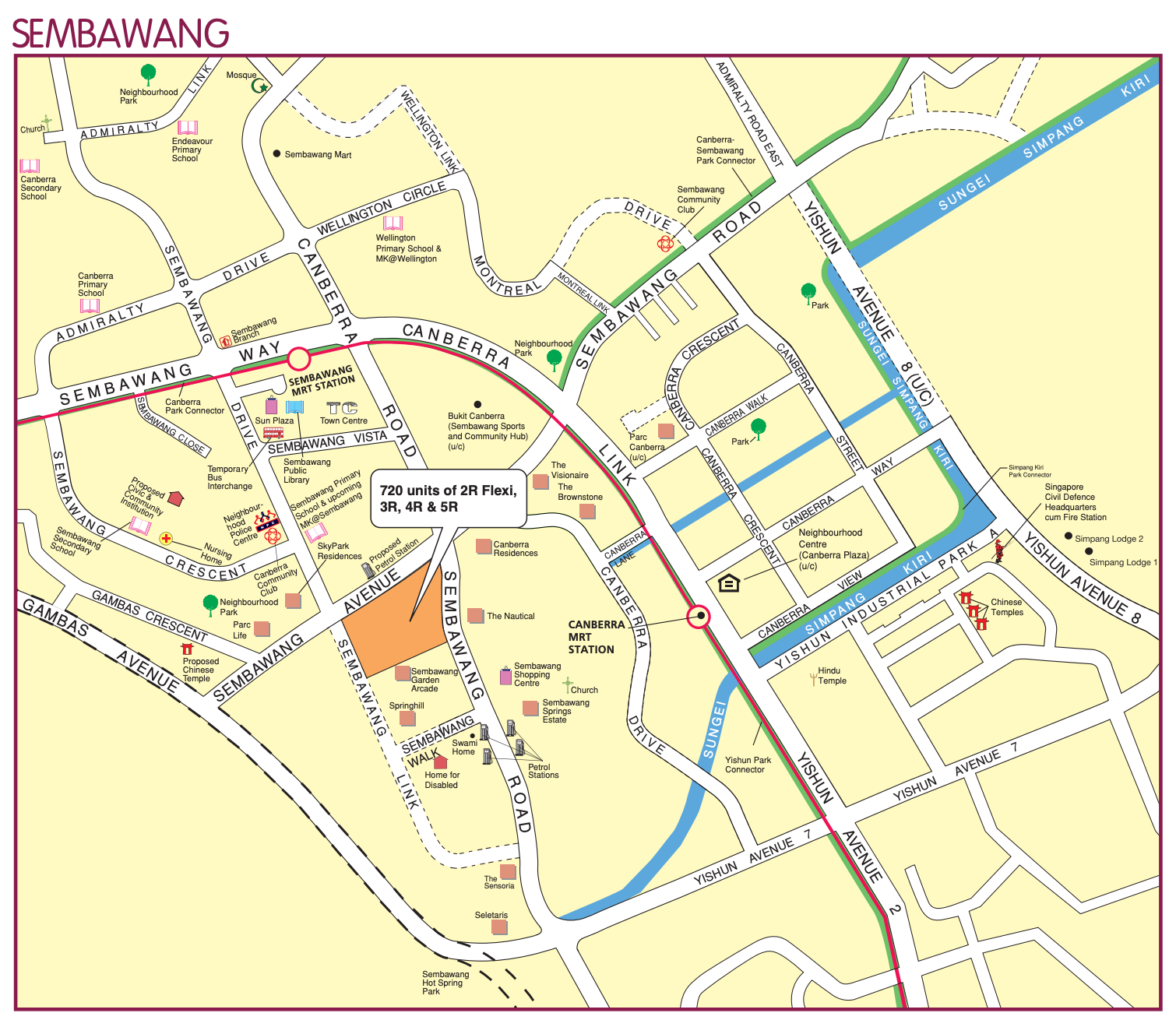 Located at Singapore’s northern tip, even farther north than Woodlands, Sembawang is one of Singapore’s most ulu neighbourhoods.

But don’t let that scare you — the new Sembawang BTO launch is actually in a decent location within Sembawang itself.

The site is at the confluence of Sembawang Road and Sembawang Avenue, about 11 minutes’ walk from Sembawang MRT station on the North-South Line.

Canberra MRT station, also on the North-South Line, is 13 minutes’ walk away.

So expect a commute of at least 50 minutes, which is above average in Singapore, but not that bad. Driving? You’ll need at least half an hour, assuming there is no traffic jam.

If you don’t count the distance from the CBD, the BTO project actually enjoys a convenient location within Sembawang itself, with Sembawang Shopping Centre and its Giant Hypermart less than 5 minutes’ walk away.

Meanwhile, Sun Plaza, where you’ll find a FairPrice outlet and the Sembawang Public Library, is 10 minutes’ walk away.

While technically classified as a non-mature estate, Sembawang isn’t really that new, either.

So, you might have to put up with some construction in the immediate vicinity of the BTO project, but you’ll still be able to find highly rated hawker stalls and eateries nearby on Jalan Tampang and Sembawang Road towards Yishun.

Overall, the location of this BTO project isn’t as bad as it sounds. Your commute to the CBD is still under an hour, and you’ll be able to do your groceries and shopping comfortably on foot.

Prices are likely to be quite low due to Sembawang’s far-flung location. So, it’s not a bad starter home for anyone who’s budget conscious. 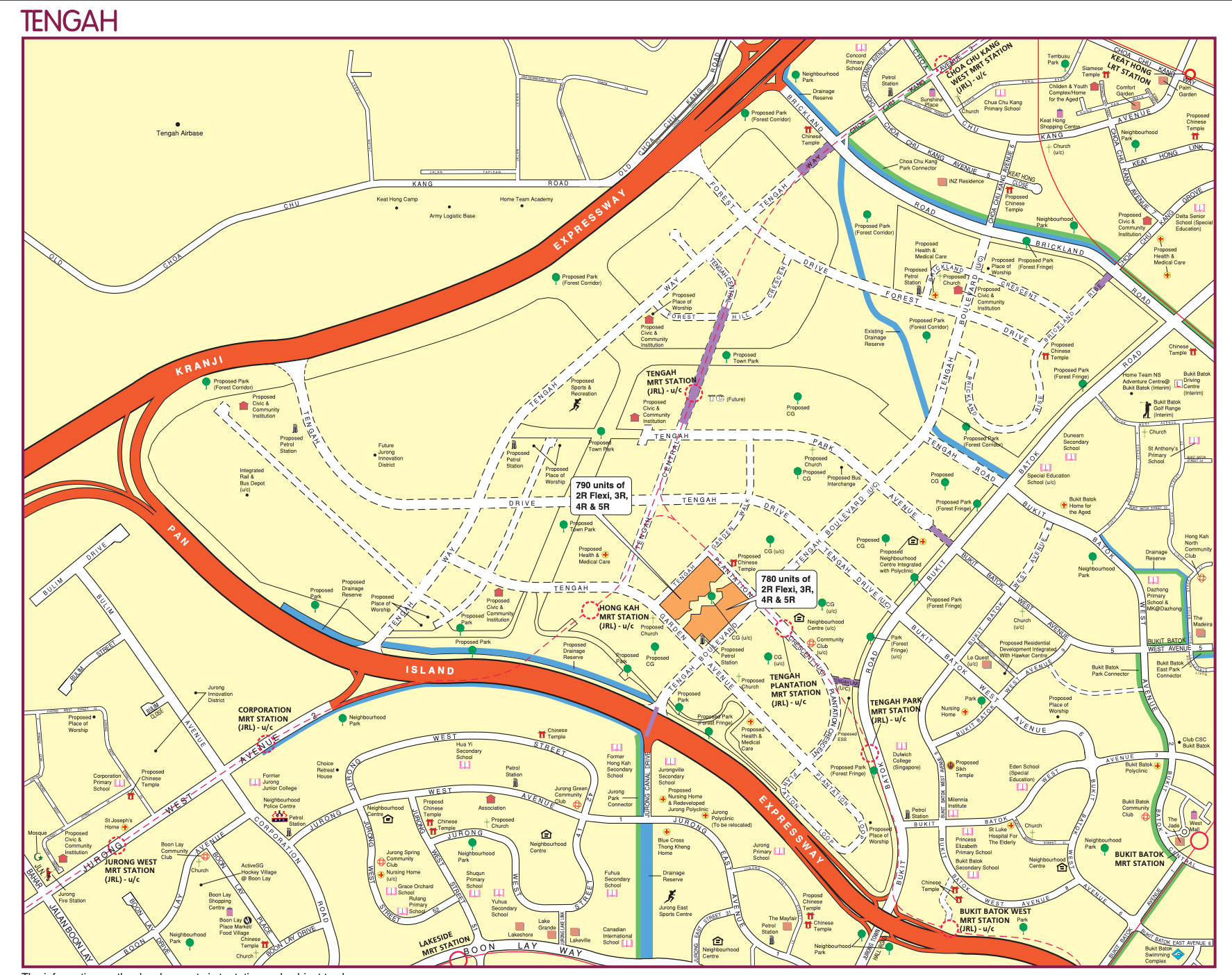 Search for Tengah on Google Maps and all you’ll find is a patch of green. This area, located to the northwest of Bukit Batok and Bukit Gombak, is still under development.

At the moment, the only other residents are monkeys and birds.

The government plans to turn it into a housing estate over the next few years. In fact, there was another BTO project in the same area in August.

Should you take up the challenge of being one of the Tengah’s first residents, be prepared to put up with years or even decades of construction.

It will also take time for businesses and amenities to put down roots. At the moment, the closest shopping centre is West Mall, which is a good 3km away.

If you already have kids, they might not be able to walk to school for the first few years. Likewise, don’t expect fantastic hawker stalls to spring up the instant you move in — new estates tend to be a bit barren in this department.

At the moment, transport amenities aren’t great. You’ll have to take a bus to Bukit Batok MRT station in order to get to the CBD, and can expect a commute of about an hour to get to Raffles Place.

Read Also
Where to stay while waiting for BTO? 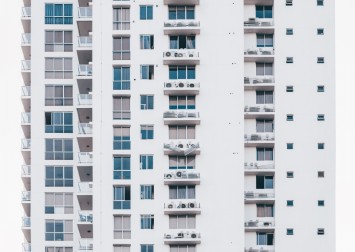 Things will get a lot better by 2026, however, when Hong Kah MRT station on the Jurong Region Line opens. It will be located just down the road about 5 minutes’ walk away.

In 2027, Tengah Plantation MRT station, also on the Jurong Region Line, will open its doors at a stone’s throw from the BTO project.

These MRT stations will offer easy access to the Jurong East shopping area, and also connect to the CBD via the East-West Line at Jurong East Interchange.

According to a rough estimate, this could cut commuting time to Raffles Place by at least 15 to 20 minutes.

Only opt to live in Tengah if you work in nearby Jurong East or don’t mind waiting many years for the estate to be developed and for the construction to stop.

Most of your fellow residents will be young couples and families with young children, so living in Tengah will probably be a bit more enjoyable if you’re fall under either group.