How much is Zoom worth?

2020 has been a write off for so many businesses.

The likes of travel, retail, hospitality and F&B have all been so severely hit that it's hard to imagine anyone coming out of this global pandemic on top.

Well think again. What do we spend our days doing right now?

With offices closed and friends spread across the globe, we sit and we zoom.

Once unheard of, this American telecommunications company is now bookmarked on everybody's internet browser and relied on for everything from meetings to cocktail hours.

So who exactly is behind Zoom?

Well to understand the success that is Zoom, you have to, obviously, look at the person behind it.

The founder and CEO of Zoom is Chinese-born Eric Yuan and, like all good stories, the story of Zoom started with romance and determination.

It was a speech by Bill Gates in 1994 about the future of the Internet that lit a spark in Yuan that got him thinking about his own life.

While in college, he had to travel 10 hours across China to see his girlfriend, now wife, and set the spark of intrigue in Yuan that with the internet, there must be the ability to have a devise to see each other in a non-physical format.

In fact, he was so motivated by Gates' words that he soon left China for the US to take advantage of the Silicon Valley tech boom. 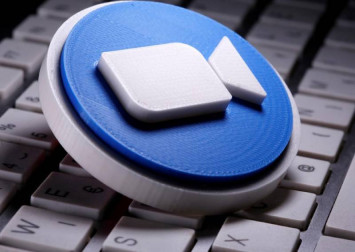 Landing stateside at the age of 27, while his English was patchy, his coding skills secured him a job in 1997 at video conferencing software firm WebEx.

Fast forward to a decade later and Yuan is now the company's vice president of engineering when WebEx was sold to Cisco.

While his role offered him a high salary and job security, Yuan still had itchy feet - he felt that Cisco was not innovative enough and so, in 2011, with 40 fellow engineers behind him, he struck out on his own.

Thanks to financial backing from the likes of Dan Schienman, a former Cisco executive who gave him US$250,000 (S$350,000) and WebEx founder, Subrah Iyar, Yuan was able to develop a product that went on to raise US$3 million in seed funding before launching Zoom in 2013.

And it hasn't all been totally smooth sailing either

To be fair, Zoom hasn't exactly been plagued with issues, but there have been reports of people being able to hijack meetings and leaks of personal data.

Speaking of the issues, Yuan said: "We did not design the product with the foresight that, in a matter of weeks, every person in the world would suddenly be working, studying and socialising from home."

"We recognise that we have fallen short of the community's and our own, privacy and security expectations and for that, I am deeply sorry."

Following this, Zoom announced a bug-bounty programme where they offer cash rewards to ethical hackers who find issues with the company's security system, as well as bringing in a team of outside experts to make Zoom more secure.

So, how much is Zoom looking at?

The months since the major global outbreak of the coronavirus have undoubtedly been a huge success for Zoom.

Already on an upwards trajectory since their April 2019 IPO, Zoom is now worth an estimated US$43.36 billion.

When it comes to individual net worth, Yuan, owning 22 per cent of the shares has seen his net worth increase by 112 per cent to US$7.57 billion in the past three months.

This article was first published in BLLNR.