A logo of HSBC is seen on its headquarters at the financial Central district in Hong Kong, China on Aug 4, 2020.

HONG KONG — HSBC is cutting as many as 15 per cent of its 2,000 senior operations managers worldwide, as it attempts to streamline its management ranks and reduce costs, two sources with knowledge of the matter said.

The global job cuts at the London-headquartered bank will fall across several business units and geographical locations and result in the loss of at least 200 positions, mostly with the title of Chief Operating Officer (COO), the sources said.

HSBC, which used to position itself as the world's local bank, employs many COOs because country and business lines have their own separate COO, the sources said.

The lender has been shrinking its sprawling global business for several years, downsizing in many regions and exiting some countries entirely as it tries to improve shareholder returns.

The latest cuts are already underway, one of the sources said.

CEO Noel Quinn said on Thursday (Dec 1) HSBC has identified $1.7 billion (S$2.3 billion) of extra cost cuts it will make next year as it battles to meet an overall goal of costs rising by no more than two per cent despite inflationary pressures.

Incoming finance officer Georges Elhedery has been involved in the project to trim management headcount, the sources said.

The initiative, codenamed Project Banyan, follows HSBC's last major redundancy plan in 2020, which targeted up to 35,000 job cuts globally across all staffing levels.

All the sources declined to be named due to sensitivity of the matter.

HSBC slightly increased its full-time staff during 2022, its third quarter earnings showed, with headcount rising by 378 to 220,075 at Sept 30 compared with Dec 31 last year. 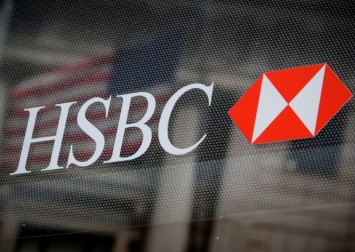 The British-based bank, which makes the bulk of its revenue and profit in Asia, is under pressure from its biggest shareholder, Chinese financial conglomerate Ping An, to explore options to boost returns, including listing its Asian business.

Besides considering layoffs, the bank should also look at reducing the cost of its global headquarters, Ping An AM had said at that time.

Reuters was first to report in September that HSBC had begun a review of its property estate, which could see it relocate from its iconic skyscraper home in London's Canary Wharf financial district.

HSBC's management plans to tell staff that the latest round of job cuts is part of its broader strategy to rein in expenses and improve earnings in tougher market conditions, one source said.

On Wednesday, HSBC announced a possible sale of its business in New Zealand and plans to close 114 branches in Britain.

And on Tuesday it said it had agreed to sell its much larger Canadian business to Royal Bank of Canada, further shrinking its global footprint after earlier sales of its United States and French retail banks in the last two years.