Retrenchment crushed me. But it also made me rethink my finances and career as a freelancer.

I knew I had to get back up and fight the sudden hiccup to turn into a win.

When Covid-19 reared its deadly head at the start of the year, like many fellow Singaporeans, I lost my job. I was retrenched from my position in a travel company in April, shortly after global lockdowns started shuttering airports around the world.

Read Also
How freelancers can manage their finances like a pro 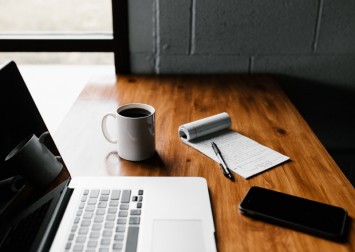 Being forced to leave a project that was, essentially, my brainchild was a major dampener.

But what took some of the sting away was that I had an immediate back-up plan. Freelance writing (which I had been doing on and off since 2018) would now be my main source of income.

The only problem was that my earnings had now been reduced by about 40 per cent.

How was I going to meet my financial obligations — pay down debt, save for a home renovation, and settle the foundations of my future retirement nest egg?

I realised I’d have to stretch a dollar into two, which was only possible with a magic wand.

Since I didn’t have one, I had to make some drastic changes, and fast.

Immediate savings in the aftermath

Yes, being retrenched sucks. Being stuck at home because of Circuit Breaker also sucks. But the good thing is, I could immediately start saving money.

Not having to step out every day saves me money in a couple of ways.

First, I no longer need to commute for work, which ends up helping me save around $100 in transport every month.

I also don’t have to pay for laundry services for work clothes any longer, saving me another $100 each month.

Come to think of it, I won’t really need to buy new work/formal wear in a long time to come, given the stay-at-home situation. Easy shopping budget saved there!

The one thing that I was wary of giving up was my everyday supplements.

But I did — I stopped buying vitamins that I thought I needed to keep up my performance and energy, easily saving me another $50 a month.

Side note — a blood test for a health check-up later revealed they weren’t working for me anyway.

Without months of movie plans, coffee meet-ups, bubble tea runs and Shake Shack Fridays, I found myself saving a cool $200 or so at the end of the month.

While I could reduce my discretionary/recreational spending, other essentials such as food, utilities, insurance premiums and mortgage installments had to continue to be paid.

Read Also
Freelance jobs in Singapore: How much can you earn? 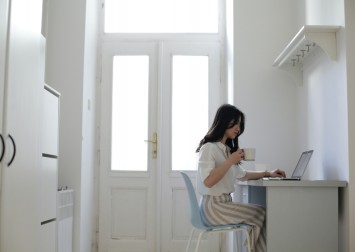 There’s no way of putting a hold on those, and that’s where my worries stemmed from. How was I going to pay for essentials without a steady stream of income?

I also had to keep up with monthly payments for personal loans while paying off credit card balances. And this bit was particularly worrisome.

A combination of poor decisions in the past, recklessness and bad timing had resulted in me coughing up around $1,500 in debt repayment each month, with $1,000 just to cover minimum payments.

This began keeping me up at night.

I had worked out a two-year plan to clear off my debt entirely, but clearly that was now out the window. I had to do something about my interest payments.

Finding savings where there were none

Thankfully, I found out about the Special Finance Relief Programme (SFRP), launched to help Singaporeans affected by Covid-19 manage their debt obligations.

Under this programme, you may apply for special arrangements to restructure your debt or reduce payments across a suite of debt arrangements.

You’d have to meet the qualifying criteria, though, chief among which is a loss of income of more than 25 per cent.

Thanks to the SFRP, I reduced my debt repayment by around $500 each month!

Finding a steady source of income

So far, I’ve reduced my monthly expenses by about $950 per month, but that’s about as far I could go. 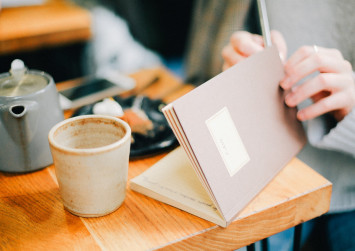 I knew cutting down my expenses was only one side of the coin. The other side was to increase my earnings.

This is crucial because, for the moment, I have placed on hold two other important financial goals — saving up for an increasingly urgent home renovation and investments to grow my nest egg.

These are particularly critical goals for me, but I don’t have the funds for them at my current stream of income.

Plus, like everyone else, I’m dying for a holiday once leisure travel opens up again (whenever that may be).

I figured the only way to keep going was to find avenues to increase my income, so I could have the money for all of these plans.

I could do that either by expanding my client list and getting more freelance work or taking on a full-time job once again.

Making the best out of a bad situation

What started as one of my worst setbacks eventually developed into a pretty decent situation for me.

By adjusting my plans, reducing my expenses, finding savings, and fortunately receiving consistent freelance work, I had managed to save around $800 a month on average (a pretty big deal when you’re on a payroll).

As I continue to work on increasing my income, I can start allocating funds towards my plans in time.

But, more importantly, I realise this could well be the launching point for me to develop my freelance gig into a full-time, thriving career, and whatever adventures that may bring!

Now, I’ll be completely honest with you. The idea of flying solo as a full-time freelancer scares me as much as it excites me.

Throughout the majority of my career, I had always played the dutiful employee, even at a particularly dark period of my life, compromising my principles and mental health, just for the perceived safety of a stable pay check.

But, if there’s one thing I learned from getting retrenched, it’s that nobody owes you a living. The harsh truth is this — when the numbers no longer add up on the balance sheet, you’re out of the door.

So, the only thing you can do is to survive and be a fighter.

At the risk of sounding clichéd, opportunity awaits those who make their own way, their own luck.

And maybe that is the kind of adventurous spirit I needed to survive and thrive in the new normal. This is my new normal.

This article was first published in Singsaver.com.sg.